The budget’s pension changes have been slammed as “style over substance” by the chief executive of one of the world’s largest independent financial advisory organisations.

The 2014 budget’s pension changes have been slammed as “style over substance” by the chief executive of one of the world’s largest independent financial advisory organisations, who also says it will “fuel pension transfers.”

Mr Green observes: “It was a budget in which there were several headline-grabbing pension policies annoucned, but scratch the surface and it was more style over substance.

“For instance, the scrapping of restrictions on pensions access will be a policy that will have little real appeal to the vast majority of people. This is because accessing a pension will be taxed at the individual’s highest marginal rate of income tax – which for anyone with total UK income (including salary, rental and investment income) over £31,866 will be 40 per cent and 45 per cent on all earnings over £150,000.

“Anyone who has worked hard and saved hard all their life for their retirement will be, rightly, loathed to drawdown their pension and handover almost half of their nest egg to the Treasury, simply for the privilege of having earlier access to their own funds. The average pension transfer we encounter is £320,000, which will lead to considerable tax charges if accessed all at once.”

Regarding the Chancellor’s much lauded budget pledge that “no one will have to buy an annuity,” Mr Green notes: “The requirement to purchase an annuity was actually removed in the 2011 budget and people could opt to take income drawdown instead. However, despite this change the number of people taking annuities remained relatively unchanged.

“Whilst I support the Chancellor releasing individuals from buying annuities because it encourages people to save, knowing that they can access the full capital rather than purchase an annuity, I suspect that most people will continue to buy annuities, perhaps not realising that there are better ways to create an income in retirement.”

Despite insisting that these two highly-publicised changes to pension policy will do little to alter most people’s long-term financial strategies, there is one area of pension planning which is set to be impacted from the Chancellor’s statement, according to the deVere Group CEO.

Mr Green explains: “To my mind, the primary change for our industry is that civil service pensions will not be able to be transferred outside of the UK unless there are ‘exceptional circumstances’.

“The government’s reasoning behind stopping civil service schemes transferring is that they are massively underfunded and they will be left with the debts.

“Now that it has been admitted that their schemes are underfunded, an increasing number of civil servants will want to review their pensions options and take advantage of any alternative arrangements, such as QROPS (Qualifying Recognised Overseas Pension Scheme), that may currently be available to them, before the government disempowers them to do so.

“It should also be stated that the government is also actively reviewing the possibility of prohibiting the transfer of all defined benefit schemes.”

He adds: “We have found that QROPS enquiries have increased since the government’s proposals were announced and this upsurge, it can be reasonably assumed, is being driven by those who might shortly not be able to take advantage of the many associated benefits of QROPS. Such benefits include a greater freedom over pension investments, a choice of major currencies, and often far more efficient tax treatment of the pension – both when income is accessed and on the individual’s death.”

Mr Green concludes: “In short, Chancellor George Osborne’s 2014 budget was, perhaps unsurprisingly, an electioneering budget that promises a lot and that will impact little on pension planning, except for fuelling demand for overseas pension transfers.” 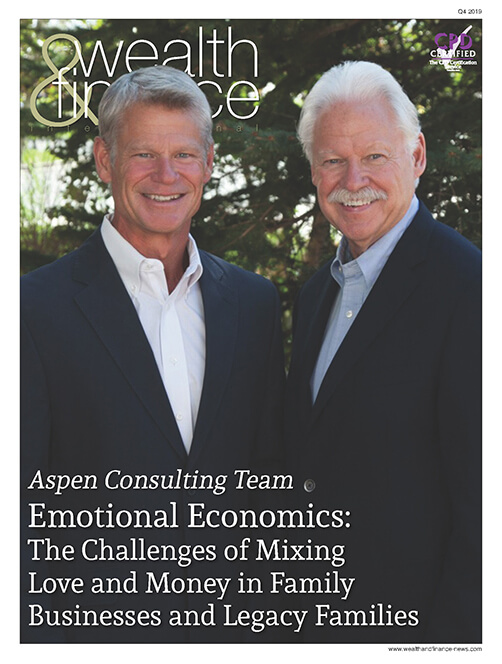 Q4 2019
Welcome to the Q4 edition of Wealth & Finance International Magazine. As always, every issue we endeavour to provide fund
Read more.