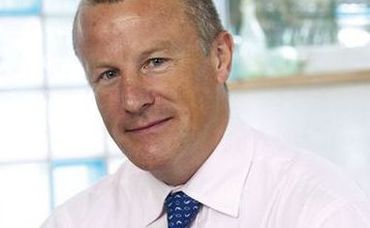 The appointment follows the news that Craig Newman, former Head of Sales at Invesco Perpetual has joined Oakley Capital Management as Head of Retail Asset Management.

Oakley Capital Management is providing the infrastructure which will allow the team to manage retail and institutional clients’ money from the beginning of May 2014. This transitional arrangement will provide an environment in which the team can have the autonomy and flexibility to best serve the interests of clients’ money immediately after Neil Woodford’s employment with Invesco terminates on 29th April 2014.

Exact details about the firm and its offerings will follow in due course, but Neil Woodford’s unconstrained, fundamental and disciplined approach to investing will remain the same.

Genii Capital SA has appointed Andrew Ruhan as Partner. This appointment will enable Genii to strengthen and broaden its reach in the real estate, oil and gas, automotive and financial services sectors.

Having worked with Andrew on a number of projects in the past, this appointment is part of Genii’s strategy to further enhance its credentials in these core areas. In real estate, this will mean access and implementation of major global projects, including in Central Europe, the United Kingdom and major cities in the United States.

There are also a number of synergies in the oil & gas sectors, particularly in supply and distribution, initially focusing on distribution in Africa. Genii automotive division, which will be managed by Patrick Louis, will also benefit from Genii’s stronger position.

On the appointment Gerard Lopez, Chairman of Genii Capital, said: “having teamed up with Andy on a variety of projects in recent years, we know that we work well together and share the same values and ambition to pursue exciting business opportunities across a variety of different industries.

In addition to being a savvy investor and a fine strategist with an impressive proprietary deals track record, Andy shares our passion for excellence and is results oriented. Outside our business relationship, we share a strong friendship and have several interests in common, such as racing.”

Andrew Ruhan said: “I am delighted to be joining the Genii team at this exciting time for the business, when it is continuing to focus on major new projects. Genii Capital has an excellent reputation around the world for its work, in particular in investing and financial transactions.

We have already identified a number of projects to pursue, which will enable us to leverage our investment management capabilities and global network. I am confident this will be a very successful long term partnership.” 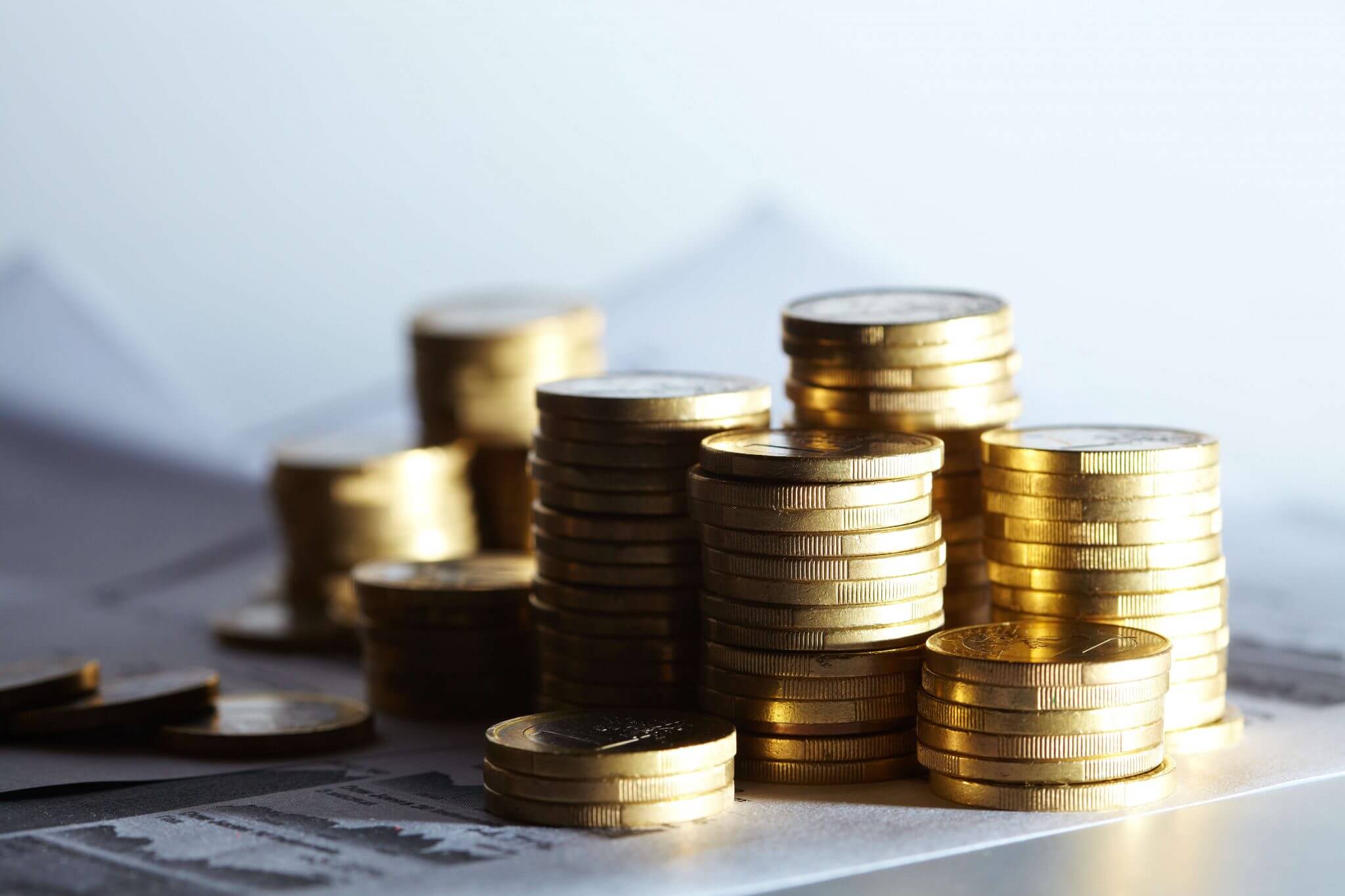 “At Insight we believe that senior loans in Europe will return 5% in 2014 despite tightening spreads across most credit markets, with the benefit that loans are typically senior in the capital structure with a higher implicit
credit rating.

“This is an investment opportunity that has arisen due to the hunt for yield across asset classes and many investors lacking the specialist expertise to access the loan market. Five years on from setting up the fund, the asset class remains as relevant as ever,” says Singh Lakhpuri.

The appeal of loans is likely to increase as investors anticipate the normalisation of monetary policy. Loans are floating rate products, meaning that the interest they pay intermittently resets with market rates, thus offering some protection against rising interest rates. The Insight Loan Fund is benchmarked against three-month Libor and targets absolute returns.

The Fund has returned an annualised 6.0% in the last three years compared to 0.7% for three-month sterling Libor, with a one year return of 6.3% vs. 0.5% for three-month sterling Libor. These returns have been produced with exceptionally low volatility with a Sharpe ratio of 2.4 vs. 1.6 for the Credit Suisse Institutional Western European Leveraged Loan Index (“CS Loan Index”) over the three-years to 31 December 2013 proving the strong risk-adjusted performance of the fund. 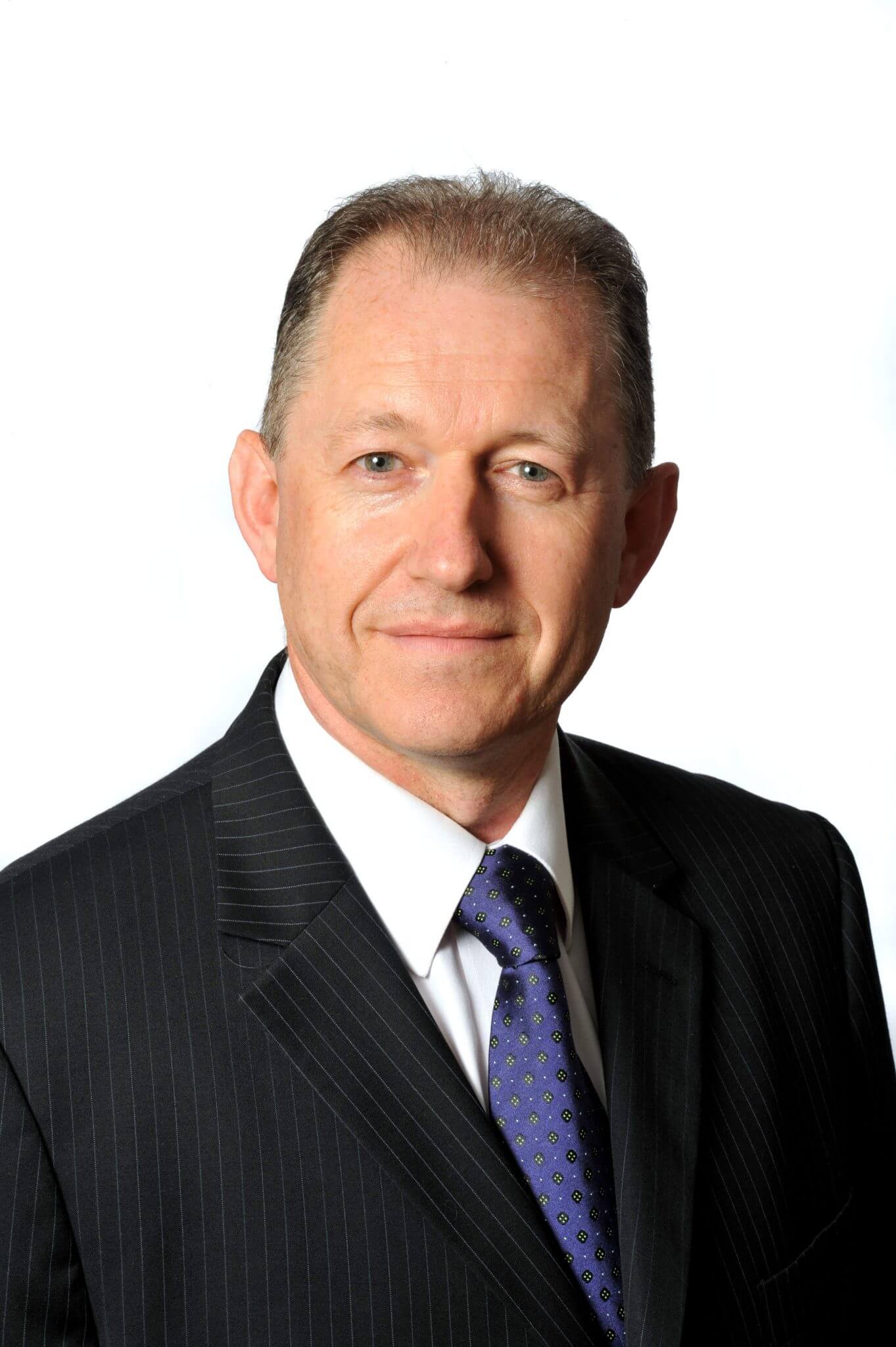 Instead of obsessing on the unpredictable, investors should look to the positive environment they see in front of them.

In 1970 Marc Bolan wrote the lyrics to Ride a White Swan, the song that would become the first hit for his glam rock band, T. Rex. It might be pertinent to today’s equity markets.

Today, we live in an environment where investors are constantly looking for ‘black swans’, the name famously given by Nassim Nicholas Taleb to events that could not possibly have been foreseen. But such events are by definition extremely rare. It is normal to be in a white swan environment and, while not ignoring the risk of setback, this is surely the path for which we should plan.

Market commentators are also fixated on the term ‘bubble’, using it to describe equity indices hitting new highs. I would argue that equity markets reaching new highs is a fairly normal event. It is the last 13 years that has not been normal, with markets remaining below peak due to the extreme overvaluation at the beginning of the millennium, the height of the dot-com boom.

If markets traded on a constant fair multiple of profits or cash-flow, the norm would be for new market highs more often than not. Profits and cash-flows will normally follow the direction of nominal economic growth, which incidentally has risen in most of the past 13 years.

Due to the specific impact of the successive eurozone crises since 2010, there appears to be substantial potential for European equities to catch up with other equity markets. Not only is the European economy emerging from recession, the impact of self-imposed austerity measures is diminishing, removing a significant economic drag.

Unlike their global peers, European company profits and stock markets remain well below peak. With attractive multiples, a recovering economy, a return of international investors and an unlimited European Central Bank (ECB) backstop in place, Europe would appear to have significant potential for 2014. We don’t expect plain sailing, but in my experience of over 20 years, this has never been the case, even in the big up years.

There remains a strong political will for the eurozone to keep together, supported both by the ECB and Germany, so long as measures continue to be taken to make peripheral Europe more competitive. This appears to be slowly working, with many of these nations returning to current account surplus and having achieved lower and more flexible unit labour costs, which is leading to some examples of inward investment.

The threat of a Eurozone breakup now seems unlikely, apart from in the eyes of the loudest Europhobes, and the euro has returned to trend versus the US dollar. Political resolve remains strong, as the alternative of a fragmented Europe would mean a significantly reduced influence in global political affairs, encompassing both trade and security and defence issues, particularly as the Chinese and other faster growing economies demand more influence.

With market multiples of current year profits not looking stretched, and nominal economic growth forecast to rise over the next two years at least, surely we should be embracing these markets and ‘riding the white swan’, anticipating returns at least in line with profit growth plus dividends? 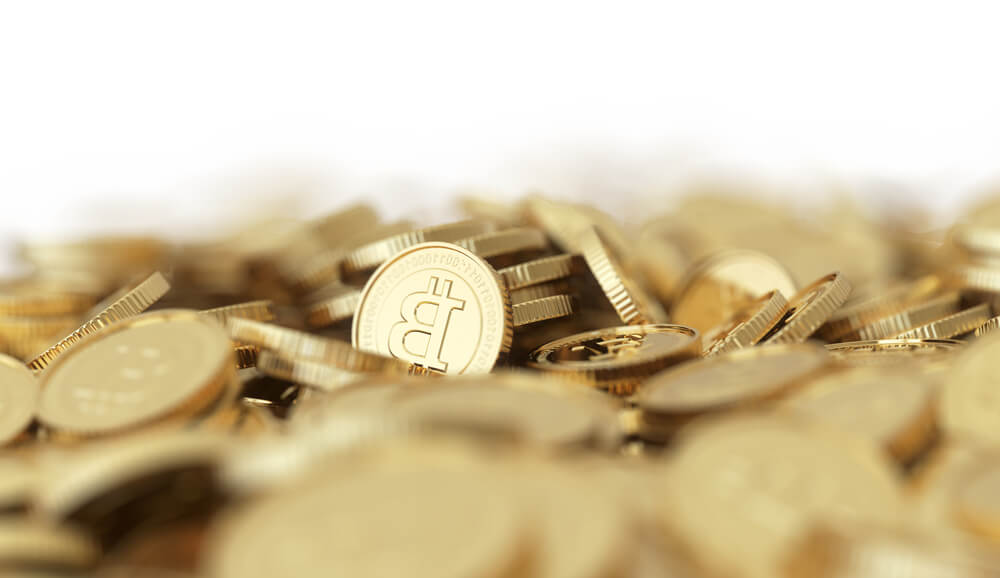 UFXMarkets is proud to be among the only Forex trading platforms facilitating investment in Bitcoin alongside more traditional national currencies. Bitcoin, the growing peer-to-peer digital currency, is gaining traction as a trading instrument as much as for use in business and retail.

“Forex traders don’t need to care how economies are doing or whether something new will catch on,” said Chris Judd, Chief Analyst at UFXMarkets. “Volatility creates great opportunities for Traders. That means that no matter what you think about the future of Bitcoin, it’s an ideal trading asset.”

Due to Bitcoin’s dramatic price fluctuations, even relatively low leverage allows each Trade to have remarkable results. The currency will have 24-hour-a-day trading hours and is available with leverage of 1:10. 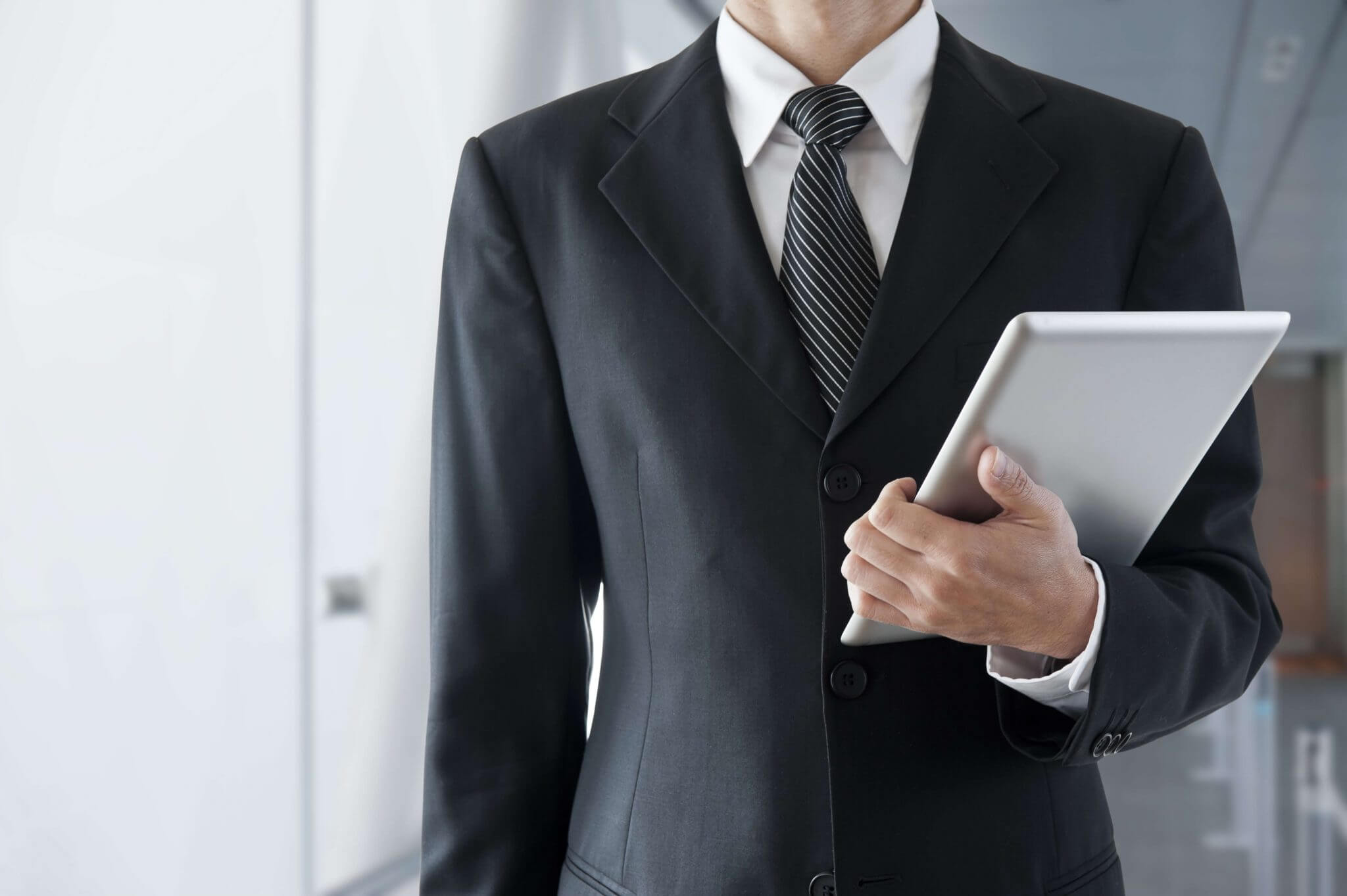 He will lead Aurelius’ London office and be responsible for sourcing, identifying and executing equity investments across the UK and Ireland. Aurelius´ focus remains on companies and corporate spin-offs with development potential generating revenues of between 30 – 750 million euros across all industries.

Tristan started his career with KPMG in 1998, transferring into KPMG Corporate Finance in 2001 where he became a director in the London-based M&A team. In 2010 he joined Investec Growth & Acquisition Finance as a senior banker originating and executing a number of UK mid-market debt facilities including company refinances, MBOs and acquisition finance transactions.

Dr. Dirk Markus, CEO of Aurelius AG says: “We’re delighted to welcome Tristan to Aurelius. We have ambitious plans for targeting investment opportunities in the UK market and expect this appointment to be followed by further new hires to our London based team in 2014, augmenting our presence and enhancing our position in London”

Tristan Nagler, Managing Director of Aurelius Investments comments: “The Aurelius Group’s financial strength coupled with its investment and operational track record means now is an exciting time to be joining Aurelius in London. There is already strong momentum in the business and with the benefit of improving market conditions, I am confident Aurelius’ offering will be increasingly sought after in the UK market” 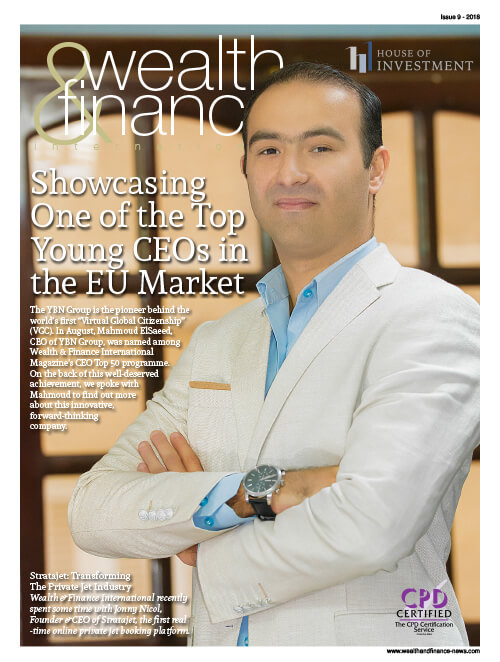 Issue 9 2018
Welcome to the ninth issue of Wealth & Finance International Magazine, which is dedicated to providing fund managers, institutional and
Read more.