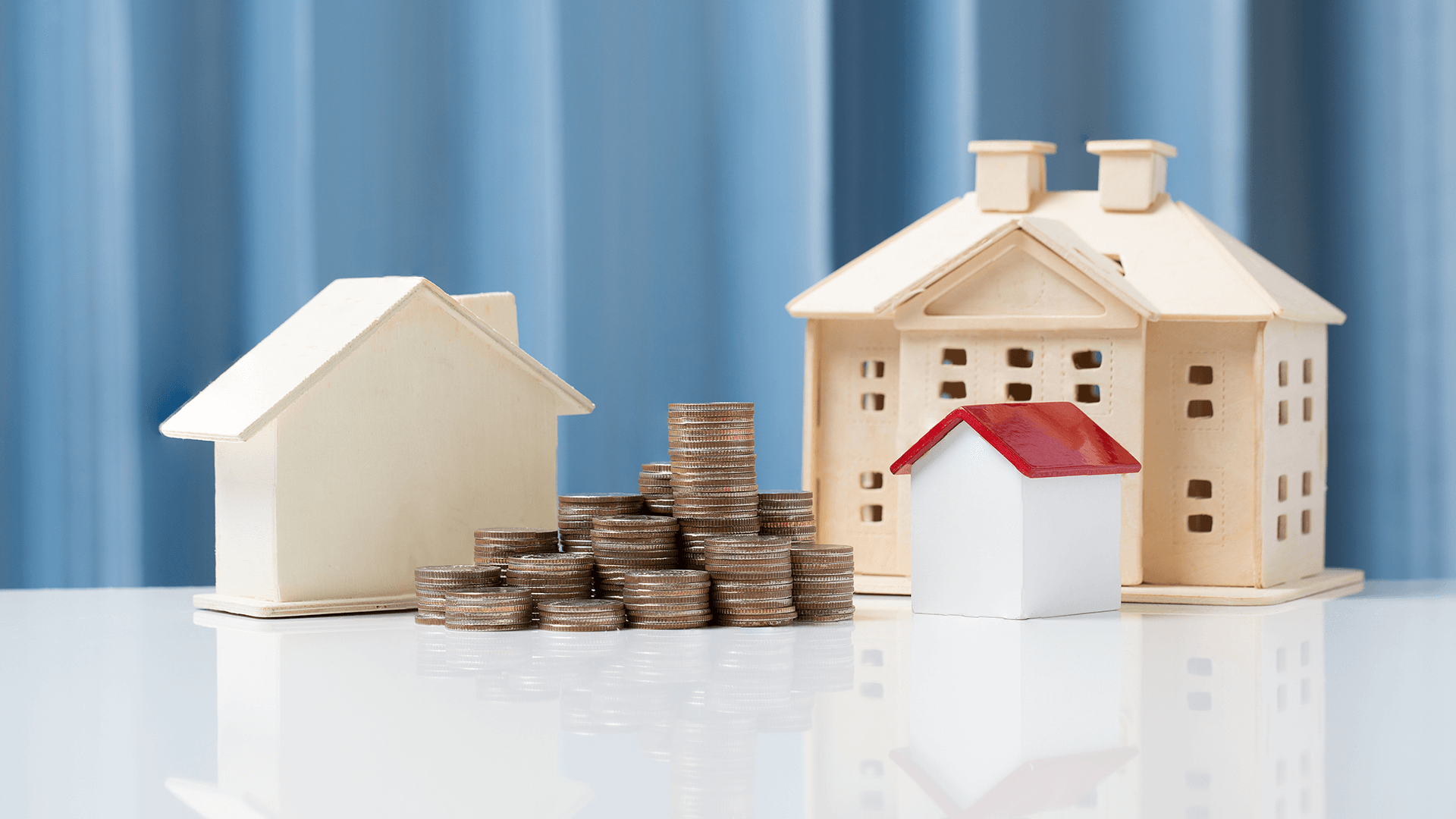 More than three out of four (78%) financial advisers expect the number of retail investors seeking help for IHT planning to increase over the next three years, according to new research from TIME Investments, which specialises in tax efficient investment solutions.  The findings come as IHT receipts hit a record £5.2 billion in 2017-18 despite the introduction of an additional nil-rate band.

Six out of ten (63%) advisers also predict an increase in the number of IHT products and investment solutions to be launched in the UK.  However, whilst this will offer more choice to investors, it also comes with a health warning – 88% of advisers questioned are concerned that new products will be launched by firms that don’t have the appropriate track record and/or expertise.

Two thirds of advisers predict an increase in the use of Business Relief (formerly known as Business Property Relief) over the next three years to help people reduce their IHT liabilities.  To encourage investors to support UK businesses, the Government allows shares held in qualifying companies that are not listed on any stock exchange and some of those listed on AIM to qualify for Business Relief. This means that once owned for two years, the shares no longer count towards the taxable part of an inheritable estate and are free from inheritance tax at point of death.

The accessibility of Business Relief investments and the range of investment opportunities available help to provide flexibility in IHT planning.  Three quarters of advisers felt that the increasing use of Power of Attorney due to rising dementia rates would contribute to the growth in the use of these flexible IHT solutions.

Henny Dovland, TIME Investments’ IHT expert comments: “The number of families in the UK being caught in the IHT net is increasing.  This represents a significant opportunity for advisers specialising in IHT and intergenerational planning and is reflected in our findings that reveal more specialist products are set to be launched in this market. However, care needs to be taken to ensure any new solutions are fit for purpose.  Our specialist team has a track record of over 22 years in this complex area.”

For further information on TIME Investments and its range of products, please visit www.time-investments.com

The value of business property relief claimed by investors in small businesses has also increased considerably in the last two years, up 5% from £540m in the previous year and up by 47% from £385m in 2012-13. Radius Equity explains that the increase in the value of tax reliefs on Inheritance Tax (IHT) bills is evidence of the increasing popularity of Government backed schemes, designed to encourage investment in small businesses, such as the Enterprise Investment Scheme (EIS).

The Government permits those who have inherited shares in unlisted businesses to exclude the value of these assets from the Inheritance Tax (IHT) bill for the estate.
Radius Equity adds that despite the changes to IHT announced in the Chancellor’s Summer Budget – where property worth up to £1m can now be inherited free of tax – it is anticipated that HMRC will still collect more than £3.5bn in IHT in 2017-18, emphasising the scope for further potential savings in IHT payments.

In 2014/15, HMRC collected £3.8bn in IHT receipts, up by 23% from £3.1bn in the previous year. Radius Equity adds that the value of business property relief has not kept pace with the surge in IHT receipts, suggesting that there are many more families who could benefit from lower tax bills by investing in SMEs.

Gary Robins, Director at Radius Equity, explains: “The increased take-up of tax reliefs emphasises the growing investor appetite for investing in ambitious SMEs. The large increase in the amount of Inheritance Tax collected by HMRC shows that there is still more capacity for more investors to take advantage of the generous reliefs on offer. These reliefs not only minimise investors’ Inheritance Tax bills, they also unlock a wider range of funding opportunities for SMEs – vital for their growth as many still find it difficult to secure lending from banks.”

EIS investments offer attractive tax reliefs. Investors can enjoy an upfront 30% income tax rebate on money they invest through the EIS and an exemption from paying capital gains tax on the investment if they hold it for at least three years.

The plans intend to curb the use of trusts, with HMRC consulting over how to prevent people creating multiple small trusts to slash their inheritance tax (IHT) bills. HMRC say the proposals will:

“ensure fairness in the system”

The worst group hit is likely to be the moderately rich with estates valued up to £2m. Without the planning resources of the wealthiest groups they already shoulder a large IHT burden.

In 2011, the Mirrlees report said that the burden for the middle classes was disproportionate.

Official data released last week showed that estates valued at £1m or more paid 69 per cent of the total £3.4bn accrued in IHT through 2011-12. Advisers have said that conversely, the wealthiest paid comparatively little.

Trusts are a common tool used to manage the passing of assets to beneficiaries. However, they are less popular than they used to be, largely as a result of tougher restrictions, with HMRC figures showing that the number of trusts has fallen by 19 per cent since 2008-9.

Under the plans, individuals would be restricted to placing properties into a single ‘nil rate band’ trust. This has a £325,000 ceiling where no IHT is levied.

Under present rules, HMRC has said, a couple aged between 40 and 75 putting assets into trusts every seven years could shelter up to £3.25m from being taxed. That is five times the value the new rules would allow.

It went on to claim that it would be fairer to those who do not use trusts, rejecting criticism that it would disadvantage those using the facilities to make gifts to loved ones.

HMRC also said that a significant number of respondents to the consultation had objected because the plan:

“unfairly penalises sensible and moderate estate planning which up until now has been acceptable to HMRC”.

Advisers on the proposals expect full implementation of the plans with HMRC saying it will apply the new rules to trusts created after June 6 2014.

The UK government would typically take 25.8% from the estate of an individual passing on assets worth US$3m to their heirs, well above the global average of 7.67%. This figure takes into account the doubling up of the £325,000 threshold that is typical when the deceased has survived their spouse or civil partner.

If only the £325,000 threshold is available – for example, because the individual has never been married – the proportion of tax taken by the UK would be far higher, with a tax take of 32.9% on an estate of US$3m.

Several developed countries, including Australia, Israel and New Zealand, have chosen to abolish inheritance taxes in order to create simpler tax systems and encourage the creation of wealth, whether through investment or entrepreneurship.

This means that a tax that was originally designed to apply only to the very wealthy now affects an increasingly large proportion of the population.

By contrast in the USA the 40% federal estate tax applies only to estates of over US$5.34m, and so only affects those with substantial assets. Moreover, the US has raised the threshold for paying the estate tax several times over the last decade, increasing it to its current level from US$1,500,000 for deaths in 2004 – 2005.

Prime Minister David Cameron has recently hinted that the Conservative Party may revive their previous electoral promise to raise the threshold for inheritance tax to £1m per estate.

Ladislav Hornan, Managing Partner at UHY Hacker Young, says: “big inheritance tax bills can reduce the incentive to keep creating wealth in order to pass it on to your family. They can also deprive the next generation of capital that traditionally has been key to funding the establishment of new businesses.”

“That is why dynamic developed economies like Australia have scrapped inheritance taxes altogether, and some emerging economies have never imposed them.”

“By contrast in the UK, the Exchequer has become increasingly reliant on the substantial income streams generated by inheritance tax. It has been seen as a lucrative way to extract tax revenues from a relatively ageing population: retirees frequently have lower levels of taxable income, but substantial assets such as mortgage-free homes.

“As more and more UK families are caught in the inheritance tax trap, pressure for major reform is growing.”

Our study found that European countries generally levy the highest inheritance taxes of all, with EU countries in the study taking 15% tax on the inheritance of a property of US$3m, nearly twice as much as the global average of 8%. Many emerging economies have traditionally not imposed inheritance and estate taxes which are seen as discouraging wealth creation. For example, China, India and Russia all have no inheritance taxes.

Mark Giddens, Partner at UHY Hacker Young, comments: “Inheritance tax has become a big earner for the UK Treasury, and inevitably, as rocketing house prices push more and more people into its scope, there is a greater incentive to plan ahead and try and reduce the liability.

“There are specifically targeted investment reliefs from inheritance tax which encourage people to continue to invest productively by making investments in unlisted trading company shares. These can be used as a route to reduce the tax exposure.

“There are also gifting exemptions that allow individuals to pass on wealth while they are still alive, so that inheritance tax can be mitigated entirely if an individual makes gifts to their heirs at least seven years before their death.”

“But it would be simpler and more effective by far for the Treasury to scrap the tax altogether or at least to increase the threshold at which it is paid in a meaningful way, something that David Cameron has been dropping heavy hints about.”