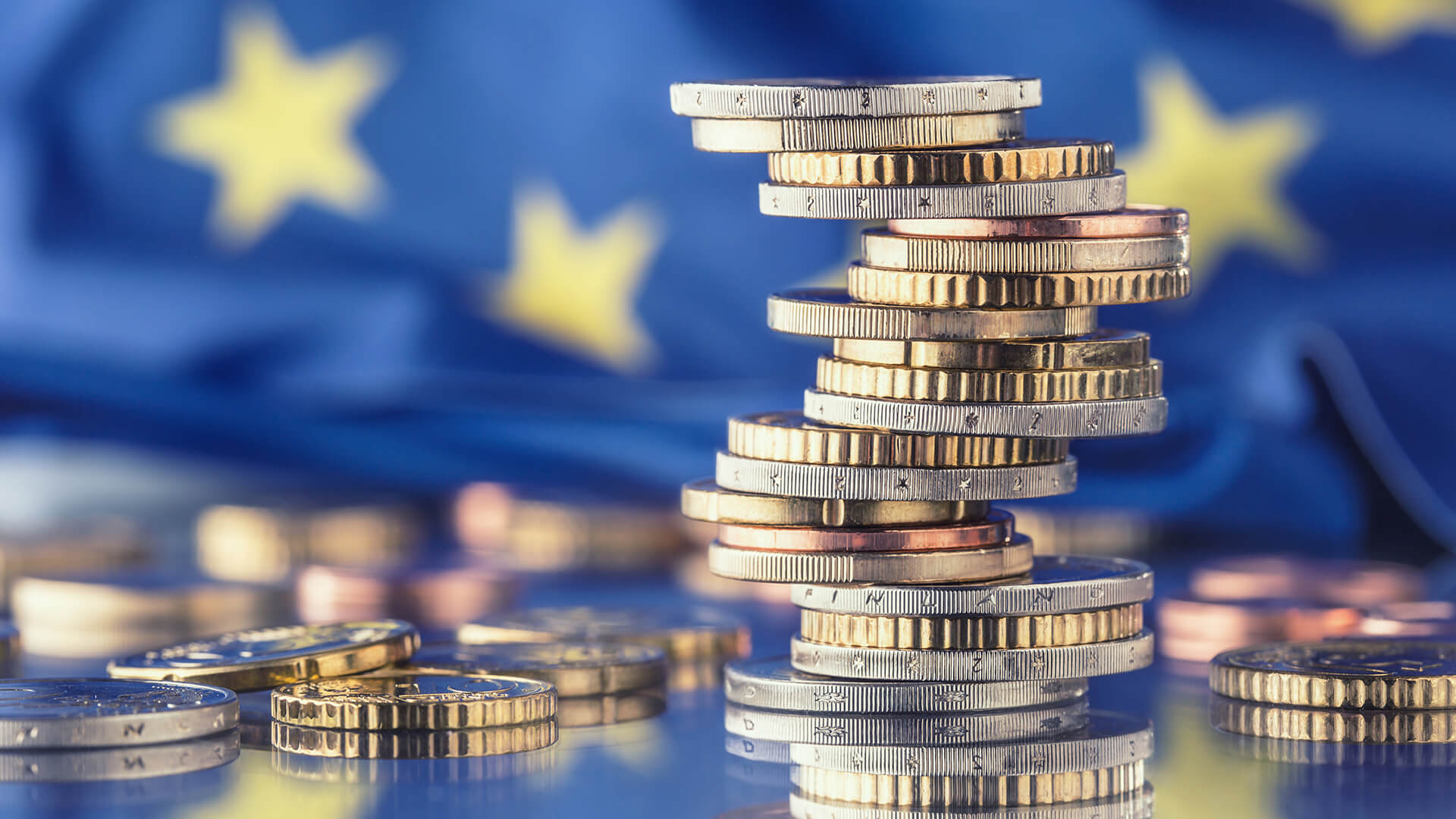 The financial services industry is in the throes of a new era. In January, the biggest overhaul of its operations in the past decade was implemented – the second Markets in Financial Instruments Directive, or MiFID II for short. MiFID II had those in the industry working overtime last Christmas as they scrambled to become compliant for deadline day, but major Exchanges failing to implement the regulation on time, postponement of dark pool caps and reigning confusion meant that, for many, January 3 failed to have the impact that was expected.

In the six or so months that followed, the industry has continued to adapt to this shifting landscape and new elements of the regulation have trickled in. Below, Matt Smith, CEO of compliance tech and data analytics firm SteelEye, explains what’s been happening on the ground since ‘the day of the MiFID’ and what we can expect to see in the future.

The first of these, RTS28, was implemented on April 30 and required firms to publicly disclose their order routing practices for clients across all asset classes in human and machine-readable reports. This was followed soon after by RTS27, which hit firms on June 30 and requires quarterly best execution reports detailing the ‘sufficient steps’ that have been taken to achieve the best possible results for clients when executing orders. This required the capturing of a remarkable amount of data, a process aimed at increasing transparency and accountability in the industry.

But experts believe it will still be a while longer before the data generated under these reports is sufficiently detailed and consistent enough to have a significant impact on trading behaviour. There have also been problems among firms unsure of what exactly to include in the reports, with many calling for regulators to issue more detailed guidance. Perhaps the next quarterly disclosures under RTS27, due in September, will make bigger waves.

MiFID II’s unbundling rules have, so far, been the most controversial. Under these new rules, firms need to make explicit payments for investment research in order to prove that they are not being induced to trade – meaning free research is no more.

This created a number of hurdles for buy and sell-side firms, which set about creating frameworks to evaluate the materials they produce, distribute and consume in order to understand whether or not it now needs to be paid for under MiFID II. Currently the impact on the market is unclear, but there has been early evidence of an increase in M&A activity as providers tie up their services to expand sector coverage, and the more frequent use of tech to maximise existing research platforms.

The FCA has already announced a review into the application of these new unbundling rules. This is somewhat unsurprising, given that firms were issued with no guidance on how they should negotiate and price their research under MiFID II.

One of the major focuses of MiFID II was to force equity trading back onto public stock markets by reducing the use of dark pools in favour of lit book trading venues. Early evidence suggests that the share of trading on lit exchanges hasn’t risen since January, still comprising around 50% of all trades.

But, price swings have fallen, as have trading volumes in dark pools. Additionally, the LSE’s total lit order book ADV rose to £6.2bn in the first quarter of 2018 – the exchange’s highest quarterly performance in a decade. This indicates that MiFID II’s impact on transparency has been mixed. While the overall proportion of trades executed in the dark versus lit venues hasn’t changed significantly, the proportion of LIS trades is higher.

It’s also necessary to factor in the delayed implementation of these new dark pool caps, which were postponed from January to March – meaning their full impact may not yet have been shown, and Q1 summaries will not necessarily illustrate what is currently happening on the ground. We may have to wait longer still to see whether the industry has seen the light, or will continue to operate in the dark.

Despite the January rush, systematic internalisers (SIs) haven’t yet been fully implemented under MiFID II. This was due to come in September, by which point any firm labelled as an SI would have to comply with their new obligations, but ESMA announced in July a further delay to the new rules.

Now, derivatives have until March to comply with the requirements and ESMA will not publish its calculations for derivatives until February due to ongoing issues with incomplete and inadequate data. This isn’t a let-off for the entire industry, though; instead of publishing all the rules, ESMA is focusing on completeness for a select number of asset classes and delaying others. Equity, equity-like and bond instruments will still have to be compliant by September 1.

If MiFID II has proven anything, it’s that compliance is, more than ever, an evolving process not a one-off event. In the coming weeks, months and years MiFID II will remain an ongoing challenge for firms and strategic and operational flexibility will be needed if they are to flourish.

MiFID II absolutely has the potential to have a significant and positive impact on the industry. But collaborative partnerships, innovation and further guidance from regulators are critical to this impact being realised. In July a formal complaint was lodged against the FCA for its silence on MiFID II, and undoubtedly for those firms making the right efforts to comply with the new rules this lack of clarity is frustrating.

There is hope in the industry that, once clarification is provided and regulation requirements are gradually met, focus will shift from merely complying, to embracing the opportunities provided by MiFID II’s new framework. As the dust settles and uncertainty fades, a more transparent, competitive and trustworthy industry should, hopefully, emerge.

Private equity firm Cinven announced today that they were acquiring a majority share in the German laboratories group Synlab. Cinven has yet to disclose how large the deal will be, or provide any detail on the monetary aspect of the transaction.Synlab which pr

The death of a loved one is a traumatic and difficult time. Dealing with an estate can often result in unnecessary cost, time and upset when trying to trace assets and meet the wishes of the deceased. Assets can be misplaced, forgotten about or even diminished

Despite being around for over two decades, 2015/16 was actually a record year for SPA and a culmination of a great deal of hard work by the team here. While we are successful, and it hasn’t happened overnight, we never rest on our laurels, because in our ind

Building wealth and enjoying life are not mutually exclusive. In fact, it’s possible to build wealth and still enjoy your time when you’re young. It’s discouraging to think that all you need to do is work so that someday you can rest. What if you can bal

Wealth management is a skill and one for which the high earners of the world will happily pay a premium. businesses that specialise in wealth management can help their clients grow their portfolio and guarantee returns – but changes to the industry are begin

If there’s one thing in life that everyone needs to have, it’s financial security. Financial security is when you finally are able to reach such a level of stability in your finances where you can live comfortably without much to worry about. To be more pr

READ MORE
Articles14th April 2015(UK) What Will it Take for Your Party to be in the Next Government?

In what is being billed as the most unpredictable general election in UK history, Independent Strategist Olivier Desbarres has made working out what each party will need to gain power, easy.Olivier, who has a background in Emerging Markets and G10 Research, ha

READ MORE
Articles24th November 20214 Payments Industry Predictions – What Will Disrupt the Market in 2022?

The most prominent disruptive forces, that are going to impact the payments industry in the upcoming year.Having dealt with the initial pandemic aftershock, this year the key areas of focus for businesses were building economic resilience and improving cust

READ MORE
Articles11th January 2023Which Stocks Should Investors Watch Out for in 2023?

Maxim Manturov, Head of Investment Research at Freedom Finance Europe, sheds light on what he believes are the most exciting stocks investors should monitor over the coming yearWhen looking for which stocks would be most enticing as we begin a new year, Maxim