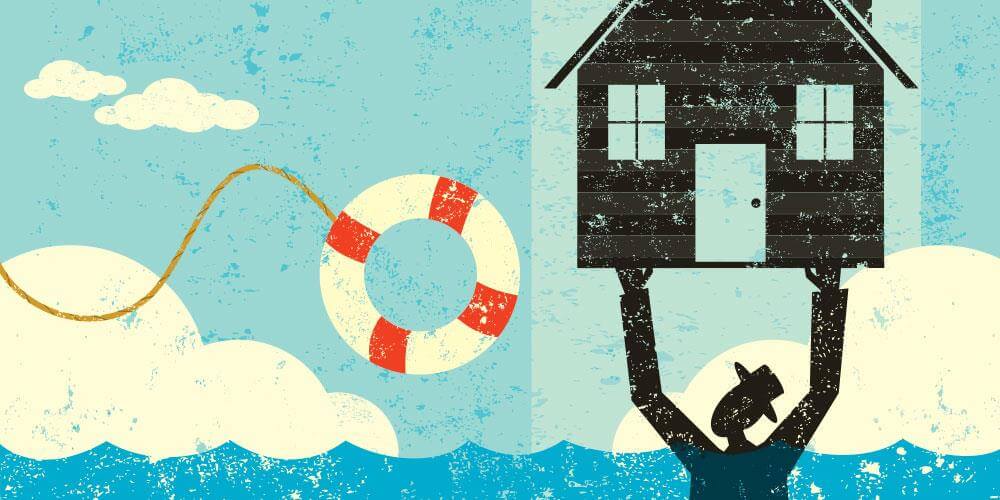 RealtyTrac® (www.realtytrac.com), the nation’s leading source for comprehensive housing data, today released its August 2015 U.S. Foreclosure Market Report™, which shows a total of 109,561 U.S. properties with foreclosure filings — default notices, scheduled auctions and bank repossessions — in August, down 12 percent from the previous month and down 6 percent from a year ago. The 6 percent year-over-year decrease in August followed five consecutive months with year-over-year increases.

The report also shows one in every 1,205 U.S. housing units had a foreclosure filing in August.
“Foreclosure starts in August continued to search for a new floor below even pre-recession levels, indicating the housing recovery of the past three years is built on a solid financing foundation,” said Daren Blomquist, vice president at RealtyTrac. “But the continued rise in bank repossessions indicates more batches of bank-owned homes will be rippling through the housing market over the next three to 12 months as lenders list these properties for sale.

“This influx of bank-owned inventory may be good news for an inventory-challenged housing market, but buyers and investors interested in purchasing these bank-owned homes should understand they tend to be lower-value properties in areas where house values have not recovered as quickly and are more likely to have deferred maintenance issues that will need to be addressed,” Blomquist noted. “The average estimated market value of REO properties nationwide is now 33 percent below the average market value of non-distressed properties, and homes that were repossessed in the second quarter of this year on average had been languishing in the foreclosure process for 629 days.”
Foreclosure starts drop to lowest level since November 2005

Bank repossessions increase from a year ago in 36 states
There were a total of 36,792 U.S. properties repossessed by lenders through foreclosure (REO) in August, down 22 percent from previous month but still up 40 percent from a year ago, the sixth consecutive month with REOs increasing on a year-over-year basis. Bank repossessions in August were still well above their pre-crisis average of 23,119 per month in 2005 and 2006, but well below their peak of 102,134 in September 2010.
Bank repossessions increased from a year ago in 36 states, including Florida (up 23 percent), California (up 31 percent), Texas (up 168 percent), Ohio (up 35 percent), and New Jersey (up 295 percent).
“Foreclosure sales from the Trustee still require cash at the time of sale, so as a result lower-priced properties to mid-priced properties tend to sell for close to full value. Higher-priced foreclosures, while rare, can sometimes present an opportunity. With stricter lender requirements we are most likely a few years away from foreclosures truly having an impact on home values in the area,” said Greg Smith, owner/broker at RE/MAX Alliance, covering the Denver market in Colorado where foreclosure activity was down 45 percent from a year ago.
Counter to the national trend, bank repossessions decreased from a year ago in 13 states, including Georgia (down 55 percent), Illinois (down 22 percent), Wisconsin (down 7 percent), Connecticut (down 36 percent), and Kentucky (down 45 percent).

See Our Awards
Other Articles You Might Like
See All Articles
READ MORE
Articles15th September 2015Mortgage Pricing: Time to Take Action?

Although the Bank of England Monetary Policy Committee August vote suppressed hawkish dissent, the quarterly inflation report showed a rising confidence amongst businesses and consumers. Wage growth is picking up; private domestic demand is growing and is deem

GSK Building, Brentford - Courtesy of Flickr One of the biggest drug producers in the world, GSK has come under a lot of scrutiny from the Asian super power. This has culminated in court action with the UK-based pharmaceuticals company hit with the fine after

Emerging markets with funded government pension systems will enjoy important advantages over those with pay-as-you-go systems, according to a report from the nonprofitGlobal Aging Institute and sponsored by the Principal Financial Group®. In order to realize

Global investment in activities that reduce the threat of climate change fell for the second year in a row from US$359bn in 2012 to US$331bn in 2013. Climate Policy Initiative's Global Landscape of Climate Finance shows that while public sources and intermedia

Founded in 1998, PayPal continues to be at the forefront of the digital payments revolution. The company's products give people better ways to connect to their money and to each other. With 169 million active customer accounts, PayPal has created an open and s

For all new OPDU members, the organisation will enrol the Chair of Trustees, free of charge, in the PMI’s Trustee Group for the first year of membership thus promoting even better governance of that company’s pension scheme.Martin Kellaway, Executive Direc

The UK government would typically take 25.8% from the estate of an individual passing on assets worth US$3m to their heirs, well above the global average of 7.67%. This figure takes into account the doubling up of the £325,000 threshold that is typical when t