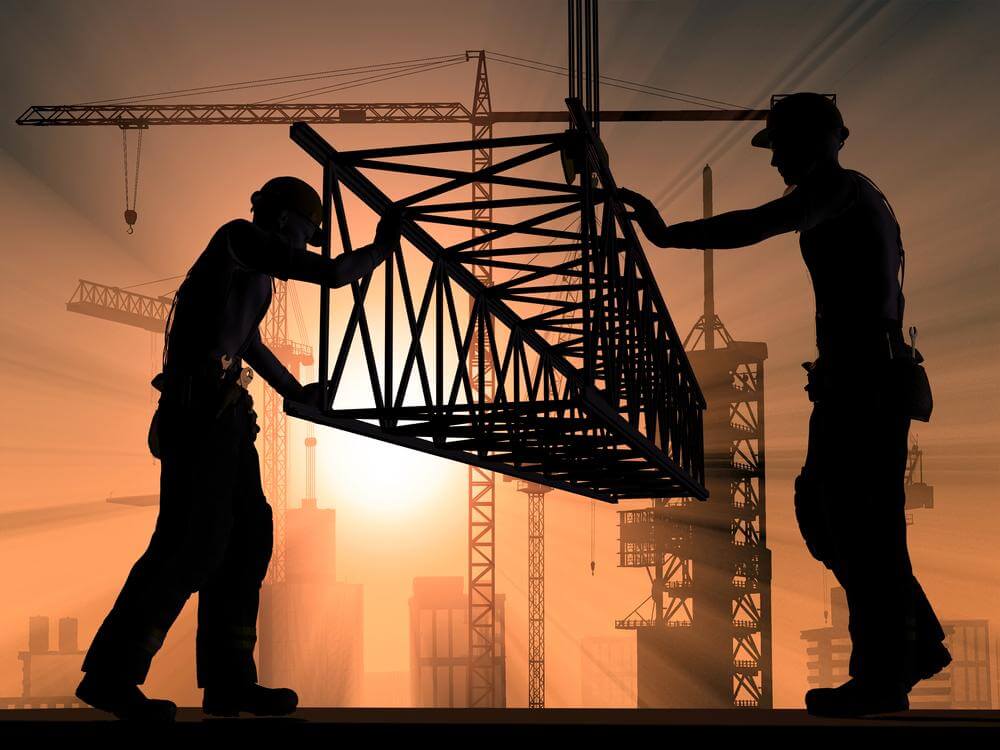 US Construction Climbs 9 Percent in January

US Construction Climbs 9 Percent in January

The increase for total construction was the result of an especially strong performance by the nonbuilding construction sector, which benefitted from the start of a massive liquefied natural gas terminal facility in Texas. Meanwhile, nonresidential building lost momentum for the second month in a row and residential building pulled back due to a slower pace for multifamily housing. On an unadjusted basis, total construction starts in January were reported at $43.2 billion, up 18% from the same month a year ago.

The January statistics raised the Dodge Index to 131 (2000=100), compared to 120 for December although still short of the most recent high of 143 reached in November. For the full year 2014, the Dodge Index averaged 122. “During 2014 and now early 2015, the month-to-month pattern for construction starts has often reflected the presence or absence of exceptionally large projects,” stated Robert A. Murray, chief economist for Dodge Data & Analytics. “For much of 2014, a substantial share of this work was petrochemical-related, such as a $3.0 billion Exxon petrochemical plant expansion in Texas. Towards the end of last year, a pickup in liquefied natural gas-related facilities emerged, led by the start of the $3.6 billion Dominion Cove Point Liquefaction Project in Maryland, and January included $6.0 billion estimated for the start of two segments of a huge liquefied natural gas export facility in Texas. The month-to-month variation for overall construction starts is taking place around what is still a rising trend. For nonresidential building, the continued improvement by its commercial and now its institutional project types should enable this sector to register more growth in 2015, notwithstanding a sluggish January. For residential building, the strengthening job market and some easing of lending standards for home mortgages are expected to help single family housing see moderate improvement relative to a flat 2014.”

Non-building construction jumped 87% in January to $231.8 billion (annual rate). The electric power and gas plant category soared 840%, led by the inclusion of these projects as January starts – $6.0 billion for two segments of a liquefied natural gas export facility on Quintana Island near Freeport TX, a $1.5 billion liquefied petroleum gas export terminal in Freeport TX, and a $1.0 billion liquefied natural gas receiving terminal in Ingleside TX. Other major January entries for the electric power and gas plant category were a $300 million wind farm in Texas and a $170 million segment of a solar power facility in Nevada. The public works portion of nonbuilding construction grew 7% in January. The miscellaneous public works category (which includes such diverse project types as pipelines, mass transit, and outdoor sports stadiums) advanced 49%, boosted by the $350 million modernization of Sun Life Stadium in the Miami FL area. Gains were also registered by sewer construction, up 30%; and water supply construction, up 12%; but river/harbor development retreated 33%. Highway and bridge construction held steady with its December pace, and featured the start of the $550 million Border Highway West project in El Paso TX.

Non-residential building, at $159.3 billion (annual rate), fell 17% in January. Much of the decline was related to a low volume for the often-volatile manufacturing plant category, which plunged 61% for the month. The largest manufacturing project entered as a January start was a $180 million tile plant in Tennessee, a smaller-scale project than the $500 million-plus projects that were frequently reported during 2014. The commercial categories as a group retreated a more moderate 13% in January. Although new hotel construction starts were down a steep 31%, both stores and offices registered only modest slippage. Store construction, down 5%, still included the start of a $200 million retail project at the South Street Seaport in New York NY. Office construction, down 3%, still included the start of three projects valued at $100 million or greater – the $190 million office portion of a $215 million mixed-use building in Charlotte NC, a $122 million corporate headquarters in New Hyde Park NY, and a $118 million office expansion in Hollywood CA. Warehouse construction, up 4%, was the one commercial project type that reported a January gain, supported by the start of a $70 million distribution center in San Antonio TX.

The institutional categories as a group were also down 13% in January. Educational facilities construction, the largest nonresidential building category by dollar volume, dropped 12% as it receded from the improved activity reported during the latter half of 2014. Even with this decline, there were still several large high school construction projects that began in January, including a $77 million high school in Olathe KS and a $76 million high school in Houston TX. Healthcare facilities construction in January was down a more substantial 31%, despite the start of a $170 million hospital tower expansion in Detroit MI. Of the smaller institutional categories, similar declines were reported for public buildings, down 18%; and transportation terminals, down 19%. On the plus side, amusement and recreational work increased 29% with the boost coming from the $350 million expansion of the Moscone Convention Center in San Francisco CA and a $115 million casino in Glendale AZ. Church construction improved 57% from a very low December amount, due to the start of a $60 million church in New Canaan CT.

Residential building dropped 9% in January to $230.0 billion (annual rate). The decline reflected a 30% pullback for multifamily housing from December’s elevated activity, continuing an up-and-down pattern around what is still viewed to be a strengthening trend for this structure type. January witnessed groundbreaking for several large multifamily projects, including a $500 million expansion to an apartment building in New York NY, the $141 million multifamily portion of a $174 million mixed-use project in Washington DC, and the $99 million multifamily portion of a $165 million mixed-use project in Austin TX. The leading metropolitan areas in terms of the dollar amount of new multifamily projects in January were New York NY, Miami FL, Boston MA, Washington DC, and Denver CO. Single family housing in January was unchanged from December, as the result of this pattern by major region – the Midwest, up 8%; the Northeast, up 5%; the South Atlantic, up 2%; and the South Central and West, each down 5%. Over the course of 2014, single family housing was essentially flat, and that pattern has continued into early 2015. Murray stated, “On a positive note, the most recent survey of bank lending standards conducted by the Federal Reserve indicated that the fourth quarter of 2014 saw a slight easing of standards for residential mortgage loans, which may help single family home sales and construction regain some upward momentum in the coming months.”

The 18% gain for total construction starts on an unadjusted basis for January 2015 relative to January 2014 was the result of this performance by sector – nonresidential building, down 10%; residential building, down 3%; and nonbuilding construction, up 85%. By geography, total construction starts for January 2015 relative to January 2014 showed an increase for one region – the South Central, up 83%. The other four major regions witnessed decreased activity compared to the same month a year ago – the South Atlantic, down 1%; the West, down 3%; the Northeast, down 7%; and the Midwest, down 11%.

The world of investment management has never been more competitive, and so it was refreshing to speak with Andrew Sandoe, Chief Investment Officer for Fidelis Capital. Andrew said unabashedly, that Fidelis (from the Marine Corps motto Semper Fidelis) is an ext

InvestYourWay, the bespoke online fund building platform, today announced the addition of Bitcoin as a new investable product, offering more choice to clients. InvestYourWay believes in making such products available as part of a diversified portfolio and not

• Over a third (34%) of investors with more than £100,000 in investments would invest in the UK’s SMEs but do not have the knowledge to do so – equating to £126 billion in untapped private investment finance • Of those who intend to invest between £

The European Central Bank (ECB) today assumed responsibility for the supervision of euro area banks, following a year-long preparatory phase which included an in-depth examination of the resilience and balance sheets of the biggest banks in the Euro area.The S

READ MORE
Articles16th November 2022Buyer Beware: The Hidden Costs of Changing Your Accounting Software and How to Avoid Them

By Paul Sparkes, Commercial Director at award-winning accounting software developer, iplicit.Sometimes, if you get a decision wrong, you’re stuck with the consequences for quite a while. You’ve spent substantial money to get where you are and, for the time