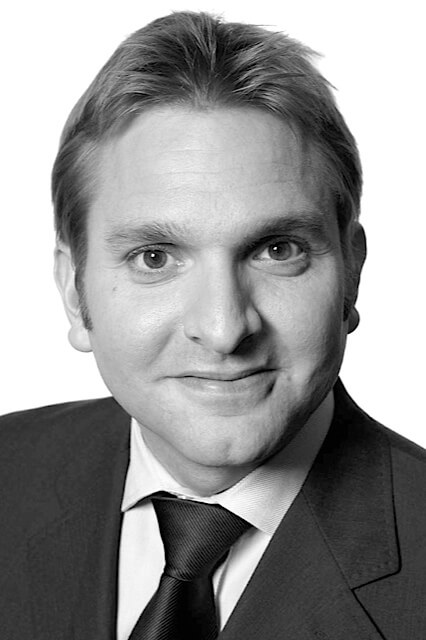 Questro International, a new transfer pricing advisory firm has announced the opening of their first office in Zurich and the recruitment of Stephen Alleway as their new head of Transfer Pricing in Switzerland.

Questro International was founded in October 2013 by experienced and internationally operating transfer pricing professionals. Stephen joins the firm after 15 years of Big 4 transfer pricing experience at both PricewaterhouseCoppers (PwC) and Deloitte covering the UK, Australia, and Switzerland.

Stephen was most recently the founder of Deloitte’s transfer pricing group in Switzerland and assumed a variety of transfer pricing leadership roles during his time as a Partner with the firm.

Stephen has more than 15 years of tax experience in the field of transfer pricing. He has acquired broad experience in leading large global projects for Swiss and foreign headquartered multinationals.

Before joining Questro, Stephen was recruited in 2006 by Deloitte AG in Switzerland to establish and build up a transfer pricing group in Switzerland. Under his leadership, he established a well regarded team of professionals and helped raise Deloitte’s profile locally. This was recognised in the market with various client wins and awards, including International Tax Review’s Transfer Pricing Firm of the Year Award in May 2008.

Stephen is an experienced practitioner, having led client assignments in many countries around the world and across all industry sectors. He holds a Bachelor of Social Science Degree (1st Class with Honors) from The University of Birmingham.

Stephen comments: “I am delighted to be joining a group of senior professionals in launching a new and truly innovative transfer pricing advisory firm. Transfer pricing has never been higher as an issue on the global tax agenda. For me, it makes perfect sense that our first office should open in Switzerland, which finds itself at the heart of so many client’s TP structures and is under great international scrutiny within the current G20 debate about tax base erosion and profit shifting”

Online scams are unfortunately getting more and more frequent, and one way to be scammed on the internet is phishing. Everybody has probably heard of it, but not everyone may know just how it works and how to protect oneself from it.Cybersecurity expert Tove M

Carly Fiorina, former CEO of Hewlett-Packard, once said: “The goal is to turn data into information, and information into insight.” She was correct. And we’re here to teach you how to put this theory into practice.If you’ve never used the data at your

The US Air Force has awarded a contract worth over $100 million to Rolls-Royce to purchase spare engines and parts for its C-130J fleet and to support Foreign Military Sales customers.Rolls-Royce AE 2100 engines power all C-130J aircraft in the US military and

Official data in Japan has revealed an economic slowdown, with households spending less in July and factory output being scaled back.Much the same is true in China, where the expected manufacturing output was down for August. According to the country's purchas

While digital transformation has created an opportunity for companies to transform their business, expand their operations, and move them online, it has also opened new doors for illegal activities such as money laundering and financial fraud. Criminals and fr

Interest in so-called ‘alternative property assets’, such as healthcare, hotels, student accommodation, privately rented housing, and infrastructure has never been so pronounced. According to research by JLL, alternative assets account for 5% of ins

Courtesy of Debutesq Orivaru is the next tropical holiday destination of note - a 14 hectare island which is ringed by the dazzling white sands for which the Maldives are renowned. One of the most popular destinations in the world for relaxing, romancing and s

“This loan enables us to maximize our flexibility in extending the average term of our debt maturities, which will help us enhance shareholder value.”“Obtaining this loan demonstrates the quality of our assets and strong balance sheet as well as the stre

Adyoulike, the French native technology platform and network, has announced that it has acquired Content Amp, the UK’s leading native distribution and content service.The combined company had a turnover in 2013 of $5million. The expected turnover for what wi

READ MORE
Articles8th June 2016Ones to Watch in Hedge Funds 2016

At Venus Capital, their firm focuses on well collateralized direct lending to small and medium enterprises (SMEs) in India with low loan to values and other safeguards to help protect the return of capital. Among their diverse range of clients include corporat