The 5th Money Laundering Directive; mandating the use of electronic verification

Home  »  The 5th Money Laundering Directive; mandating the use of electronic verification

Following the Panama Papers, Paris and Brussels terrorist attacks, the 5th Money Laundering Directive – published in the European Journal in June 2018 – made some important amendments in an attempt to counteract terrorist financing and increase the transparency of financial transactions.

One of the biggest changes was the stipulation that electronic verification is used when undertaking Customer Due Diligence and Know Your Customer procedures.

Member states will have until late 2019 to implement the 5th Money Laundering Directive. As we know, the UK is due to leave the EU on March 29, but the UK Government has already committed to implementing the Directive to ensure its position as a major international financial player.

Electronic verification must be used where possible

Regulated businesses have always been able to use electronic verification as either an alternative or supplementary to traditional documents such as passports, driving licences and utility bills. But with the 5th Directive now stipulating that electronic verification is used where possible, regtech has been thrust into the spotlight.

The preamble to the Directive reads: “Accurate identification and verification of data of natural and legal persons are essential for fighting money laundering or terrorist financing. The latest technical developments in the digitalisation of transactions and payments enable a secure remote or electronic identification”.

It then goes on to state the following “Those means of identification as set out in Regulation (EU) No 910/2014 of the European Parliament and of the Council should be taken into account, in particular with regard to notified electronic identification schemes and ways of ensuring cross-border legal recognition, which offer high-level secure tools and provide a benchmark against which the identification methods set up at national level may be checked. In addition, other secure remote or electronic identification processes, regulated, recognised, approved or accepted at national level by the national competent authority may be taken into account”.

While not all European countries have electronic identification solutions, the UK has a long-standing acceptance of such methods of identification and as a result, leads Europe in terms of regtech. In fact Of the 60 European companies on the RegTech 100 list, half were from the UK, up from 26 last year, which shows just how dominant the UK is in this sector and how much it is growing.

The Directive also requires member states to produce lists of politically exposed persons (PEP). However, these lists will not give specific names, just the position of these individuals, which means there will still be the need for commercial PEP and sanctions platforms that collate and maintain these databases.

The UK has always tended to “gold plate” the money laundering directives when enacting them into legislation, but this has not been the case with many other European members; under the 5th Directive, this will have to change. Following the 5th directive, member states must create central registers of beneficial owners and must allow a clear rule of public access so that third parties can establish who the beneficial owners of corporate and other legal entities are.

Another interesting change under the 5th Directive brings in new business sectors for the first time including art dealers dealing with transactions over 10,000 EUR, all forms of tax advisory services and estate/letting agents where the monthly rent is 10,000 EUR or more.

One of the ‘increasingly sophisticated’ methods launders use to facilitate terrorist financing and money laundering is virtual currencies.

Member states have to amend their existing legislation or create new laws to bring the 5th Directive changes into force, which in the UK, this means the Government will need to amend the 2017 money laundering regulation which came into force last year or create a whole new piece of legislation.

All regulated firms – those that are regulated now and will be following the changes in the 5th directive – should be aware of these changes and what they mean in terms of their own compliance. SmartSearch can provide a one-stop shop for electronic verification checks – PEP, KYC and sanctions -giving firms the peace of mind that they are meeting all their money laundering regulations. 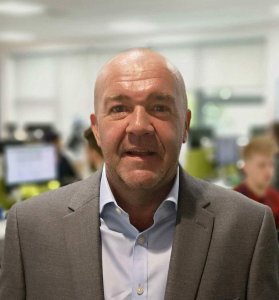