London-based fintech firm Mode, advised and backed by Twitter co-founder Biz Stone, has launched its Bitcoin banking mobile iOS app. This will make Bitcoin – the world’s most popular digital asset which many refer to as ‘digital gold’ – accessible to everyone at the touch of a button. 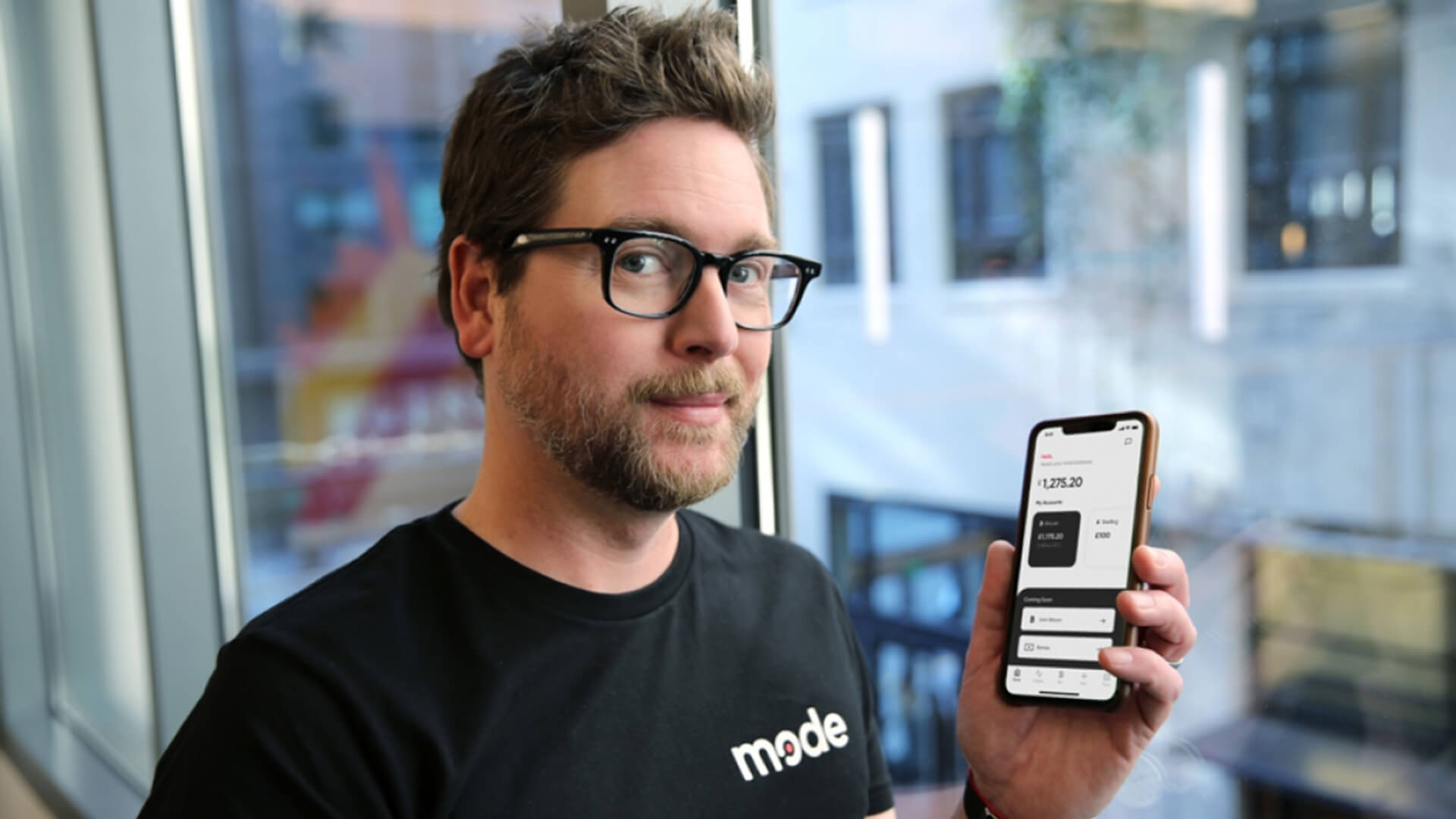 London-based fintech firm Mode, advised and backed by Twitter co-founder Biz Stone, has launched its Bitcoin banking mobile iOS app.  This will make Bitcoin – the world’s most popular digital asset which many refer to as ‘digital gold’ – accessible to everyone at the touch of a button.

The platform is available to users globally, except in the United States of America.

A Mode account can be opened in less than 60 seconds, with Know Your Customer (KYC) requirements completed in less than two minutes through AI-enabled identity verification technology. Once users are whitelisted, depositing GBP via bank transfer and buying Bitcoin takes seconds.

Mode’s launch is supported by new research (1) which reveals that many current and potential Bitcoin investors are unhappy with the platforms and services currently on offer.  Findings (2) also reveal the potential for strong Bitcoin market growth, as 42% of people who currently own Bitcoin plan to buy more, 51% of people surveyed indicated they may buy Bitcoin soon, and just a small fraction of respondents, around 7%, said they have no intention of currently buying the digital asset.

Through its new easy to use app, Mode aims to bring down the barriers and open up the Bitcoin market to everyone, not just tech-savvy or professional investors. As a result, users can get started with only £50, and unlike many other apps, Mode only charge a very competitive fee of 0.99% at the time of purchasing and selling Bitcoin. Mode doesn’t charge for transferring GBP in and out of users’ accounts, and funds are credit almost instantly via Faster Payments – a process that can take up to 5 days with some of the most renown crypto exchanges.

Users can buy Bitcoin with bank cards or via a bank transfer, which is then safeguarded through one of the world’s leading digital asset custodians, BitGo.

In addition to its new app, Mode has also announced plans to launch a Bitcoin interest-generating product later this year, which would allow users to earn passive income on their Bitcoin holdings without having to touch their assets.

Biz Stone, co-founder of Twitter, joined Mode as an advisor of the project. He has also invested in Mode and acts as a non-executive director of R8, Mode’s parent company.

“Although there are multiple existing ways to access the Bitcoin market right now, few appeal to the everyday person, who wants to buy and hold some Bitcoin. Most of the current apps all have one problem at their core—access.” Biz Stone commented; “Mode has removed needlessly complex processes from their app, building a beautiful and responsive UI and UX rivalling that of the major challenger banks—while also launching a completely new and innovative Bitcoin product.”

Ariane Murphy, Head of Communications and Marketing, Mode, said: “Our new app not only enables us to capture the huge growth in the Bitcoin marketplace, but also tackles many of the issues people have with the current platforms and storage services available, which our research shows are significant. The Mode app addresses transaction restrictions issues, low speed/high cost, lack of security and most importantly, tackles the poor user experience typically associated with Bitcoin apps.”

“Until the beginning of this year, we pilot-tested our app with some 1,000 early subscribers and their feedback has been very positive.  This, coupled with the strong growth in the marketplace, means we are confident that now is the right time to launch to the wider pubic.”

Challenges to tackle in the digital asset markets – new research

Mode recently conducted research (1) with people who already own digital assets, revealing that 41% of respondents described the process of transacting Bitcoin through existing solutions as average or poor, with just 13% describing the process as excellent.

Some 37% say the level of security offered by the platforms they have used is again average or poor, with 41% claiming security is good and 21% excellent – signifying some room for improvement.

In terms of overall user experience, just 56% describe other digital asset services as good or excellent, with 32% saying it is average and 11% describing their experience as poor.

Mode is part of R8 Group, a UK fintech group which raised $5m in a heavily oversubscribed funding round in April 2019, backed by an experienced management team with extensive experience in the financial services and technology sectors. Prominent members of the R8 Group include serial entrepreneur Jonathan Rowland, and Twitter co-founder Biz Stone.