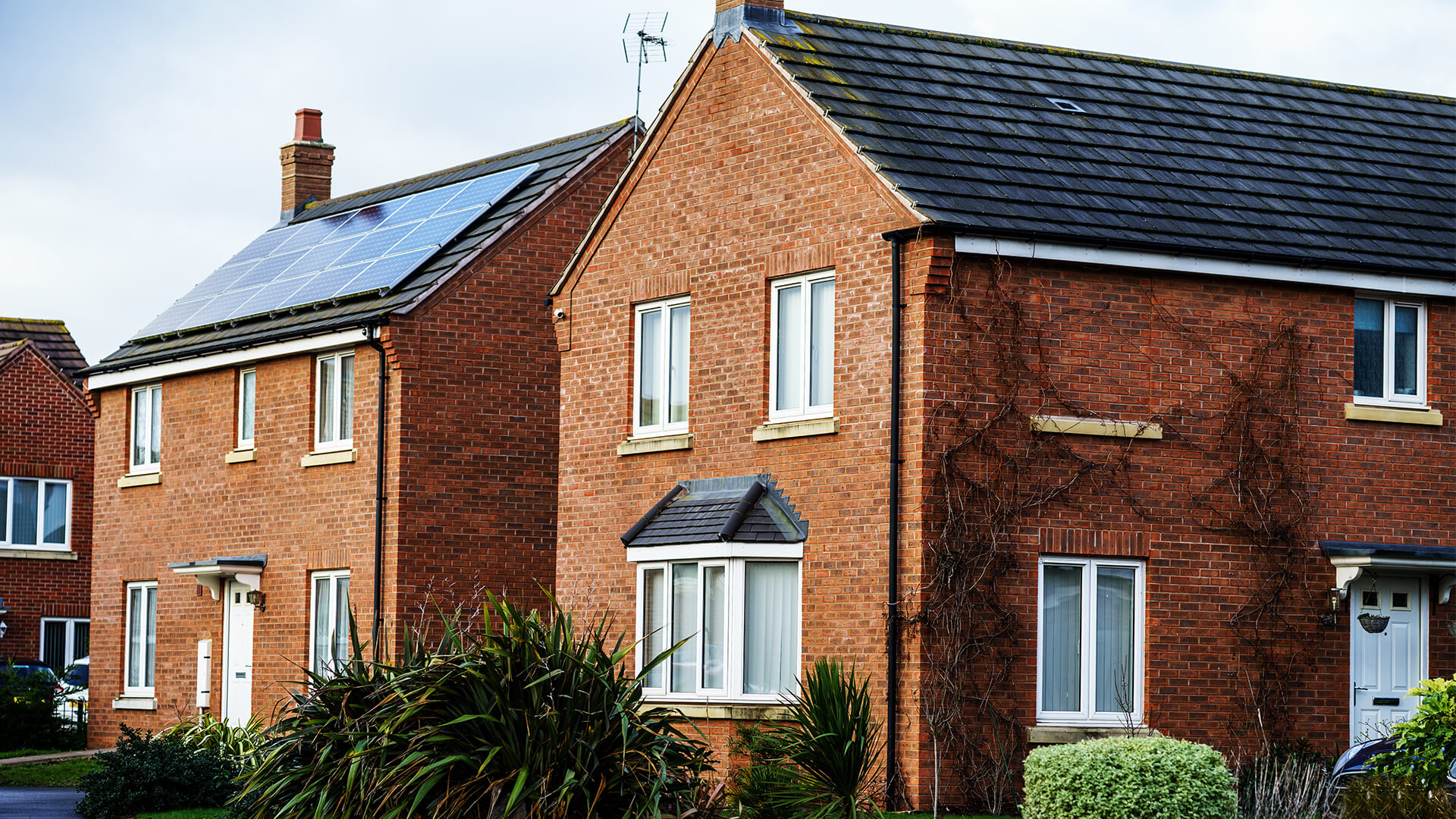 According to a survey of 2,000 FTBs currently in the market for a home, commissioned by online bank Atom bank, two thirds (64%) have admitted to feeling anxiety when tackling the challenges of getting a mortgage and purchasing their first home.

A lack of education around mortgages is playing a huge part in buyers’ anxiety. Of the 64% of buyers who have felt anxious whilst looking for a house, a massive three quarters (74%) attribute being unsatisfied with their knowledge of mortgages as a key factor.

The process has become so overwhelming for some, that over a third (37%) of buyers recently considering purchasing a new property have pulled out due to the stress of it all.

3 in 5 (58%) admit that a key contributing factor to their high stress levels is saving for a large enough deposit. Though the stress is not limited to those on a lower income, as almost half (47%) of households earning more than £80,000 a year have said they’re struggling to save for a deposit. This is in spite of the fact they’re earning nearly three times the national average wage (£29,009).

The research reveals the complexity of the current mortgage process is causing first-time buyers to doubt whether mortgage companies actually understand the challenges modern buyers face.

More than 7 in 10 people (72%) who are anxious about the challenges of purchasing a home don’t think that mortgage companies fully comprehend the challenges buyers face. The consensus is heightened by the fact that more than three quarters (78%) of the nation believe the mortgage process is too complex and needs to be more consumer-friendly. More than a third (37%) of buyers – from builders to barristers – with a postgraduate degree feel dissatisfied with the mortgage process and with 7 in 10 (70%) of Brits looking to move in to their new home this year still feeling anxious about the prospect, the mortgage process proves to be daunting from start to finish.

The challenge is too much for one person’s shoulders, as a fifth (21%) of buyers going through the mortgage process by themselves have had to pull out due to stress, compared to only 6% of those going through it with at least one other person. This still takes its toll on those in a relationship, as two thirds (65%) have claimed that although they haven’t pulled out of the market, the process has given them anxiety.

Spend or Save: Where does all the money go?

However, those living by themselves (69%) and former university students (53%) are least likely to move home, despite 3 in 5 (60%) students claiming that saving for a deposit is their biggest obstacle, as well as paying off their university debt which is on average £50,800.

But moving home is just the start for some, as 2 in 5 (38%) of buyers admit that their only way of saving a large enough deposit is through financial support from either a family member or partner. The reliance on family help grows with the buyer’s age; Generation X are twice (26%) as likely as millennials (13%) to ask for financial help when they’re trying to buy.

Despite a double income, two thirds (65%) of those in a relationship say that the biggest obstacle they face is saving for a deposit, compared to half (50%) of singletons. Having children stretches finances further, as 2 in 5 (38%) buyers rely on financial help from their family or partner, compared to 1 in 5 (22%) of those without children.

Stick or Twist: Flying the nest

Over a third (37%) of FTBs look to buy in the same area they grew up, with a quarter (25%) stating that they will look to buy somewhere that’s close to their friends. Traveling may give millennials the confidence to buy a new home in the unknown, as a quarter (25%) look to move away from the area they grew up in to experience some where new, while only 1 in 10 (10%) of generation X are willing to move away from their childhood area to try something new.

A key factor behind many buyers’ move is their job as a quarter (26%) look to buy a property closer to work. Many buyers looking to change jobs are caught in a predicament, as 2 in 5 (38%) look to buy somewhere that will give them better job opportunities, but nearly half (46%) are struggling to save the deposit they need to get in to those desired areas.

The process starts with confusion, as 43% of people found it complicated to choose a company or mortgage broker to get the ball rolling, while two thirds (63%) of buyers have stated that choosing a mortgage type is the most complicated part of the process.

Half (51%) of buyers who recently pulled out of the market explained that having their documents in order was the most stressful part of the process, with their little knowledge on key terms being a key issue.

The research has revealed the most common words in the mortgage process that buyers had either never heard of or didn’t understand are: 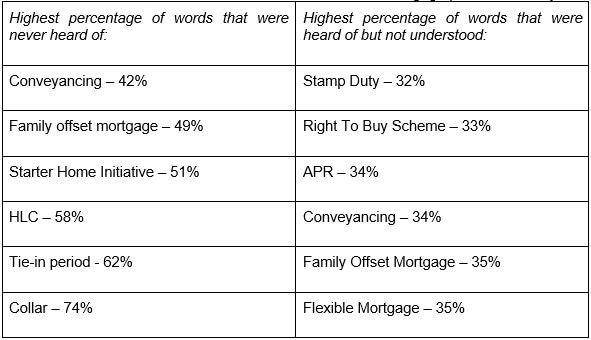 Over half the nation (52%) wish they’d been taught more in school about the mortgage process. Worryingly, almost as many people would seek mortgage advice from a parent (55%) as they would a professional (57%), despite the abundant challenges new buyers face.

The lack of education on mortgages has left buyers unaware of multiple schemes that can help first-time buyers get on the property ladder. 4 out of 5 (83%) buyers with children have never heard of a ‘Family Offset Mortgage’, over a third (37%) have never heard of the ‘Right to Buy’ scheme and nearly 4 in 5 (78%) are unaware of the ‘Starter Home Initiative’.

Mark Mullen, CEO of Atom bank, said: “Today’s findings have showcased just how much impact the mortgage process can have on a first-time buyer, before they’ve even entered the market.

“Buying a home is commonly the largest investment most people will make in their life time, which is stressful enough without worrying about the mortgage process. This makes it vital that buyers feel at ease from as early on in the process as possible. The results show that there is a real disconnect between advisors and buyers, as many people are seeking advice from their parents, who may have not purchased a property in decades.”