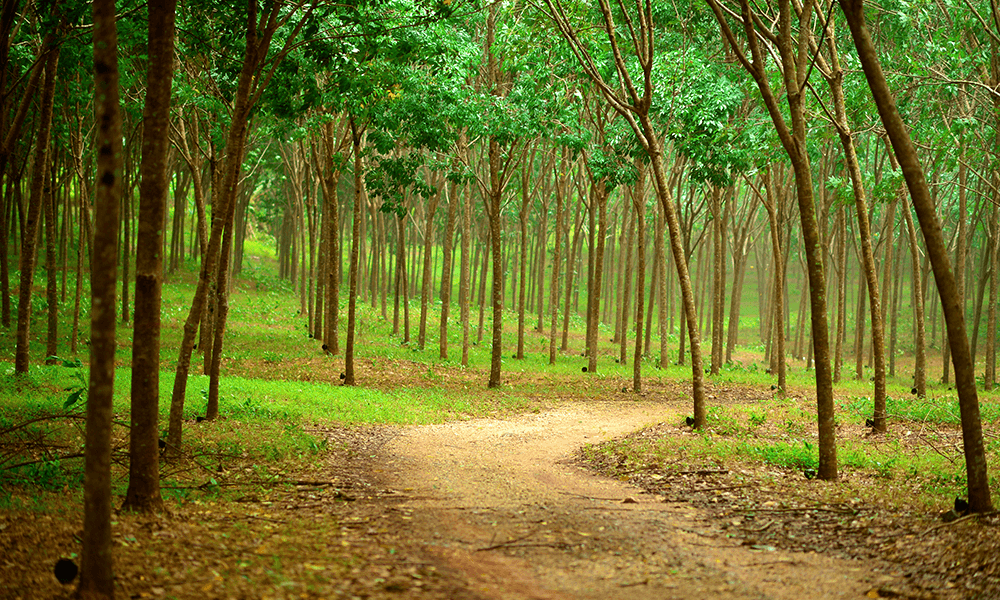 Award-winning plantation management company Asia Plantation Capital held its Thailand Annual General Meeting on Saturday, 21 October 2016, at the Renaissance Bangkok, Thailand. Asia Plantation Capital is delighted to announce that despite the slowdown in global economic activity, its revenues grew 6% in Thailand and similarly increased by around 4.5% in Singapore in FY2015.

Addressing the crowd of 300 Thailand-based plantation owners and stakeholders, Mr. Barry Rawlinson, Chief Executive Officer of the APC Group, opened the AGM by detailing how the company expanded its horizons with exponential growth throughout 2016, despite facing several challenges. Mr. Rawlinson also spoke about the ongoing effects of climate change in the agriculture sector, and how the company has worked tirelessly to address the relevant issues and mitigate the negative effects.

Asia Plantation Capital remains steadfast to its ethos of ‘holistic sustainability’. Throughout 2016, the company has embraced programmes and directives that are more than mere Corporate Social Responsibility projects, ensuring that equal care, consideration and encouragement are given to all members of staff — from top and middle management all the way through to plantation workers and their families.

Jinda Tonkhambai outlined the details of past projects, as well as those that have been carried out over the last year, from which many local communities have benefited. Asia Plantation Capital’s projects have focused on local infrastructure – such as schools and places of worship – improving the lives of all the people who live in and work around the company’s areas of operation.
Three 4th year students from the Faculty of Forestry, Kasetsart University, Bangkok, were also presented with scholarships at the meeting, comprising the payment of tuition fees of up to THB 150,000 over the course of four years.

In light of the company’s ongoing expansion and the additional plantations that are needed to meet the growing demand for products, Phanitta Matwangsaeng from General Administration, updated attendees on the processes and due diligence carried out prior to the purchase of land. Technical details, such as the land designing process, plot diagrams, water systems, and tree management systems, were also further explained by architect, Phoom Matwangsaeng.

Nadiah Abdullah, Operations Manager, presented the significant milestones that have been reached this year on behalf of Asia Plantation Capital Berhad (APCB) – the Malaysian arm of the APC Group – with the emphasis placed on the major joint ventures that have been entered into, as well as the breakthroughs that were made in research and development.

The factory – the largest agarwood distillery in Southeast Asia – now sees some new manufacturing processes, as well as an expanded nursery facility and a laboratory with state of the art equipment to monitor oil quality and production methods.

One of the most significant achievements for APCB has been the recent recognition and unconditional approval of its products by the SSM (Suruhanjaya Syarikat Malaysia) which is Malaysia’s equivalent to the MAS (Monetary Authority of Singapore), and the FCA (Financial Conduct Authority) in the UK.

Experts in the field, Robin Jewer – Agricultural Director, and Boonchuay Jomkhamsee – Forestry Specialist, provided information on the current state of Asia Plantation Capital’s plantations that were affected by excessive rainfall, along with the measures that were taken to deal with erratic weather patterns. For example; all company plantations now manage the risk by using rain gauges and moisture measuring metres to ensure that a tree has access to just the right amount of water. This in turn, significantly reduces water usage, as well as the power that is required to pump water.

Special Scientific Advisor and Associate professor, Dr Pakamas Chetpattanondh, from the Prince of Songkla University, also presented the audience with her ongoing research on the medicinal and healing benefits of Oud oil – specifically regarding its anti-ageing properties and its potential efficacy in treating various forms of cancer.

Described as ‘the miracle plant’, Asia Plantation Capital is now heavily invested in bamboo as another ‘agrocrop’ in which the group of companies perceives a great deal of potential. As yet another part of the group’s commitment to securing innovative, sustainable, commercial solutions and new technologies, it is supporting Boo-Tex™, which is developing a new range of luxury bamboo fabrics for the fashion and sportswear industries. Mr Roger Hargreaves, Chairman of Asia Plantation Capital Thailand, took the opportunity to update the attendees on the exciting developments in the sector and provided a comprehensive overview of the ever-expanding commercial bamboo landscape.

The audience was also given updates on French, niche, luxury perfume house, Fragrance Du Bois, by Clotilde Antoine, Brand and Retail Manager. The young and innovative brand scaled new heights this year with new partnerships being forged, and openings in Paris, Hong Kong, Milan, Marbella, and its very own European flagship boutique in Geneva.
Additionally, the brand also decided to widen and augment its portfolio of products with the introduction and launch of an alcohol-free ‘Lite Attars’ collection and ‘Nature’s Treasures’ – an original collection of hand-blended, non-Oud based perfumes, using only natural ingredients of the finest quality.

In his closing speech, APC Group’s CEO, Barry Rawlinson said, “2016 has been an exceptionally good year for all of us at Asia Plantation Capital, as we have reaped the rewards that have accrued from the ‘hard yards’ and the long hours we have put in. Despite the challenges we have faced, we have managed to ensure that performance, growth and momentum across all regions have been maintained.”

Rawlinson concluded, “On behalf of the company, I would like to thank all our stakeholders, shareholders and every member of staff for their contribution and support. These are exciting times for our company, and you can rest assured that as stakeholders, we have your best interests in our hearts and minds, as well as at the forefront of each and every decision that we make.”

READ MORE
Articles22nd December 2021Who Is Eligible for Pre-settlement Funding?

When the negligence of another party causes painful and disabling injuries, the lawsuit and negotiations to get the compensation you need and deserve take time. Staying home from work to recover from your injuries takes a financial toll as you try to find a wa

READ MORE
Articles20th May 2015Banks are to pay £3.6bn for Forex Rigging

Four banks - JPMorgan, Barclays, Citigroup and RBS - have agreed to plead guilty to US criminal charges.The fifth, UBS, will plead guilty to rigging benchmark interest rates.Barclays was fined the most, $2.4bn, as it did not join other banks in November to set

Outsourcing is a business practice in which you contract with an external party in order for them to take care of specific tasks as opposed to hiring fresh staff or assigning those tasks to your existing staff. It’s quite a popular method for businesses to l

READ MORE
Articles22nd April 2021Finance Risks Rose 20% Over Past 12 Months: How Finance Departments Have Been Impacted

Ray Welsh, Head of Product Marketing, FISCAL Technologies Finance teams have been one of the most heavily impacted internal teams over the past year as the COVID-19 pandemic turned the way we work on its head. During this time finance departments in all indust

To celebrate the success of Azizi Bank winning the Finest in Finance - Best Bank in Afghanistan award, Mohammad Salem Omaid, President and CEO writes about this bank’s amazing array of services, plus their emphasis on Corporate Social Responsibility (CSR) ac

José A. Rodríguez Ruiz, Global DPO at Cornerstone OnDemandThe one-year anniversary of GDPR is here and there is currently a lot of talk about GDPR’s first ‘birthday’. Although the legislation only came into effect last year, data protection laws have b

By contrast, volume actually declined from 12,223 to 12,089 over the same timeframe. 2016 has gotten off to a fairly slow start; in the first three months of this year USD 264,287 million has been invested across 4,684 transactions. If the first quarter is a s