Success Never Tasted So Sweet – Expand Your MIND and Your ASSETS

Scotch whisky is a symbol of British craftsmanship and tradition, of durability and reliability. And though it hasn’t been around for ever, it has been recognised throughout history. Its documented story begins in 1494, and tax records of the day show that a friar acquired eight bolls – about 2,500lbs – of malted barley, “wherewith to make aqua vitae”. 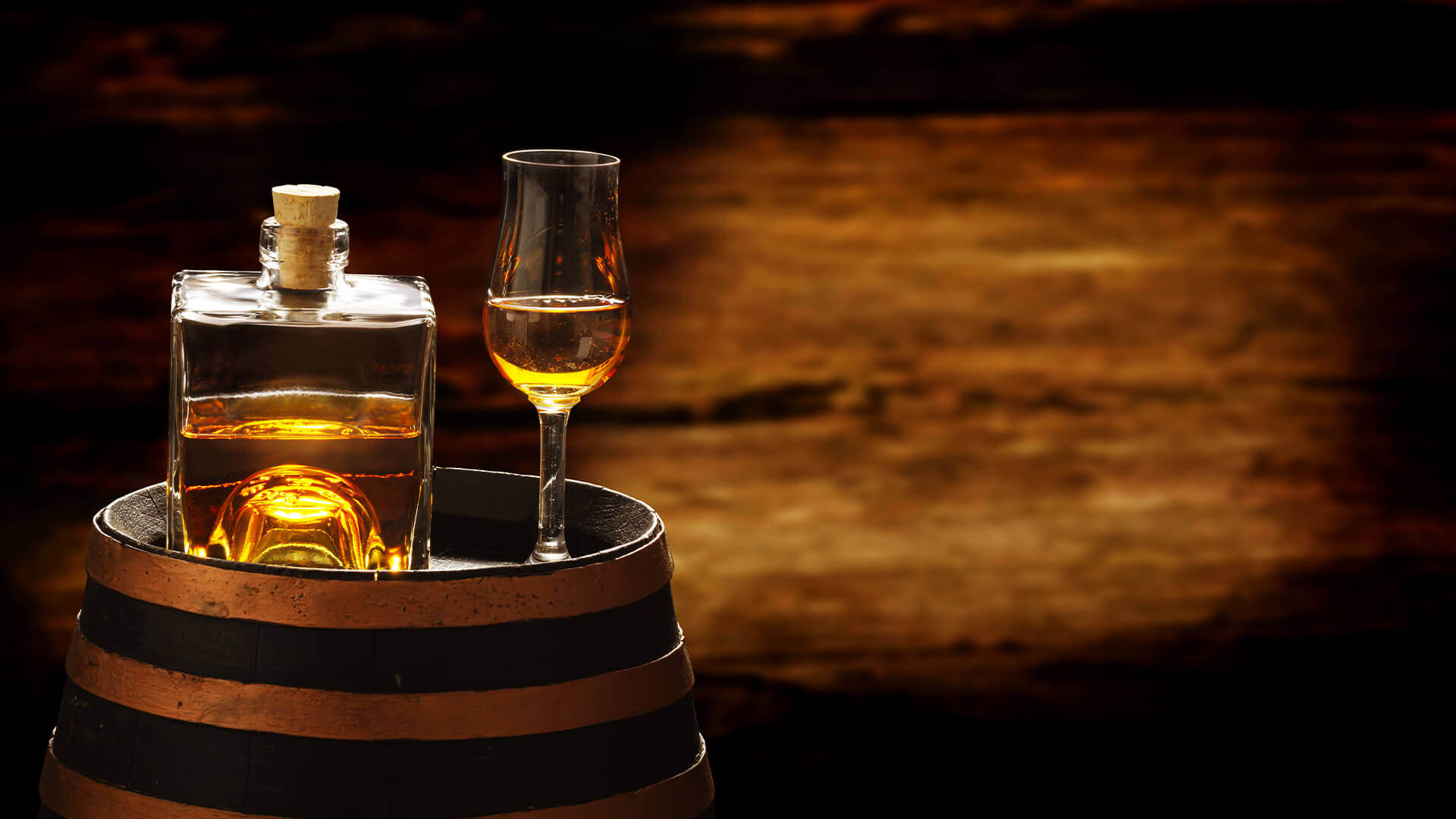 Scotch whisky is a symbol of British craftsmanship and tradition, of durability and reliability. And though it hasn’t been around for ever, it has been recognised throughout history. Its documented story begins in 1494, and tax records of the day show that a friar acquired eight bolls – about 2,500lbs – of malted barley, “wherewith to make aqua vitae”.

Although distillation processes may have changed over time, the value of this commodity has been driven by demand and maturation. As global appreciation of whisky has flourished, people are gradually discovering that limited edition and maturing casks from the most globally renowned distilleries could bring in top returns for those willing to hold their investment.

Why Whisky and Why Now?

The global landscape of investments has changed dramatically in recent years, with the general public now having a greater ability to take trading in to their own hands and invest and trade in a range of commodities through online platforms and investment advisors. Technology has led the way in a virtual environment to allow people to discover new and interesting markets which have previously not been explored. This being said, 2020 has also demonstrated the global volatility of stock markets and poor returns on extremely low interest rates, driving them to discover ways to diversify their asset portfolios.

A way of mitigating the risk of investments is to purchase luxury commodities which appreciate in price over the years. It has become increasingly common for people to invest in classic cars, coins, watches and artwork whilst other commodities have not been considered as viable investment opportunities. However, it is now becoming more apparent than ever that assets which have previously been considered as merely a consumer goods, have great potential for long term investors. One such luxury commodity is whisky, which has previously been washed away for our own satisfaction, is now showing great potential as an investment asset. Additionally, whisky is a tax-free asset which other traditional financial assets fail to offer investors.

Firstly, like fine wine, demand outstrips supply. Whisky that is collectible is also in demand for consumers, so a substantial proportion of any limited edition bottling will swiftly become much more limited as much of it is consumed by dedicated whisky lovers. Whisky is bottled after a period of maturation in oak barrels. Legally, this is a minimum of 3 years, but in practice, most whiskies are matured for a minimum of 8 years in order for them to develop their character.

Distilleries will usually have a ‘house style’ represented by a mass-produced bottling of a relatively young malt (such as Glenmorangie’s popular 10 year old). But they will also have older whiskies maturing at the distillery, and they can also bottle older whiskies such as a 15 or 21 year old. They might also bottle the product of a particular cask of vintage whisky, or they might offer different expressions of the whisky such as a ‘port wood finish’ or ‘sherry wood finish’ which means that in addition to being aged in traditional Bourbon barrels, the whisky has been ‘finished’ with a period of additional ageing in a port or sherry barrel which can impart different flavours. These different expressions of the whisky and older malts are the ones that are of interest to investors – production is limited, they are highly prized by collectors and consumers alike. Whiskies from some distilleries are much more collectible than others, so it is important to do due diligence on what will be desirable in the marketplace in a few years’ time when you seek to sell your whiskies on.

As with any investment, it is extremely important to make sure you’re in the best hands and have access to the best platforms in order for your investment to flourish. It is therefore imperative that investors have access to well-known distilleries which already have a reputation for investable whisky. This includes famous Scottish whiskies such as Macallan, Dalmore and Springbank, all of which Elite Wine& Whisky has strong relationships with. The collectability and rarity of whiskies is extremely important when considering investing in whisky and hence choosing the right distillery and age of cask or bottle is important when investing.

In the last year, there was an extraordinary increase of between 15-20% on rare whisky bottle values, ensuring that it outperformed the established alternative asset investments such as watches, art and cars. In the last couple of years, we have witnessed some incredible whisky sales, including the following: An individual bottle of Macallan 1926 broke records at auction, selling for £1.5 million. In 2018, over £40.7m of rare whisky was sold at auction houses in the UK alone. A cask of Macallan distilled in 1989 sold for $572,000 last year – a record price for a maturing cask of whisky.

The Whisky Cask Index, a study generated by Cask 88, Braeburn Whisky and WhiskyStats.net, has shown steady growth across the previous year, as well as the rate at which casks appreciate annually being on the rise. This appreciating rate can be attributed to the positive impact of both the maturity of the whisky, as well as a response to the increasing demand as whisky supply is sold in to a more diverse range of global markets.

Comparison with Other Investments

Comparisons are made between the whisky cask market and other luxury commodities; however there are many features of whisky which make it unique. It is therefore challenging to analyse the market without considering variable factors, such as the characteristics of the cask that make it one of a kind. The complexity is also enhanced by the fact that, unlike a piece of art, or a collectible bottle of already-bottled whisky, the value of casks is not only dependent on demand, but also the maturation of the cask. Therefore a cask purchased this year will effectively become a new product as the years pass.

The Whisky Cask Index demonstrates the projected values of a sample of twenty casks from a variation of distilleries across the globe with varying age profiles. It is worth noting that in spite of the global pandemic which impacted the economy during early 2020, the Whisky Cask Index has remained optimistic, and even shown growth. In this data analysis not a single distillery index showed negative returns over the past 5 years, which is able to confirm that the market is relatively robust to negative impacts on the global economy.

The top distillery by predicted annual growth is Laphroaig, in which demand is continually increasing past supply. The following two distilleries in the league table are both located in Islay, with both Bunnahabhain and Staoisha showcasing the popularity of this region. In terms of distillery territories, it is worth noting that whisky produced on Scottish islands dominate the top ten in the capital growth league table with only Macallan, Springbank and BenRiach representing mainland distilleries in this comparative list.

As the whisky market grows and expands into new and established markets, it has been predicted that demand will therefore align with this growth and therefore will require supply to also increase. With increased worldwide demand of whisky, the value of whisky in casks will only increase, in particular more aged whisky, along with the value of whisky produced in 2020 and 2021 during the global pandemic due to the closures of distilleries which meant that there was reduced supply. It is therefore no surprise that name brand whiskies distilled in 2020 or 2021 will see an acceleration in growth due to the lack of availability over this time frame and increased demand making it highly investible whisky.

Recent data collated this year has been reflective of the trends which have been witnessed in the whisky market over the past few years, with extremely reassuring outcomes. This is particularly noticeable in the fact that the aforementioned whisky index did not record any negative returns throughout the period of the study. The projected annual capital growth across the distilleries is expected to continue in to 2021.

If growth continues at a comparable rate, the data suggests that investments made in to casks from one of the top ten distilleries, which Elite Wine & Whisky has access to, could see their investment double in value over the next 5 years. In times of great uncertainty, these findings provide great prospects for future days ahead.

How to invest in whisky

Whether or not you’re a passionate whisky drinker, taking the plunge in to whisky investment is extremely simple with the help of a financial expert who can educate investors in their investment. Once you have all the tools to make a well informed choice, the returns can be just as fruitful as the drinking.