Research by KIS Finance has revealed that as a direct result of the rising cost of living, 57% of people in the UK are either already struggling financially, or expect to do so in the very near future. 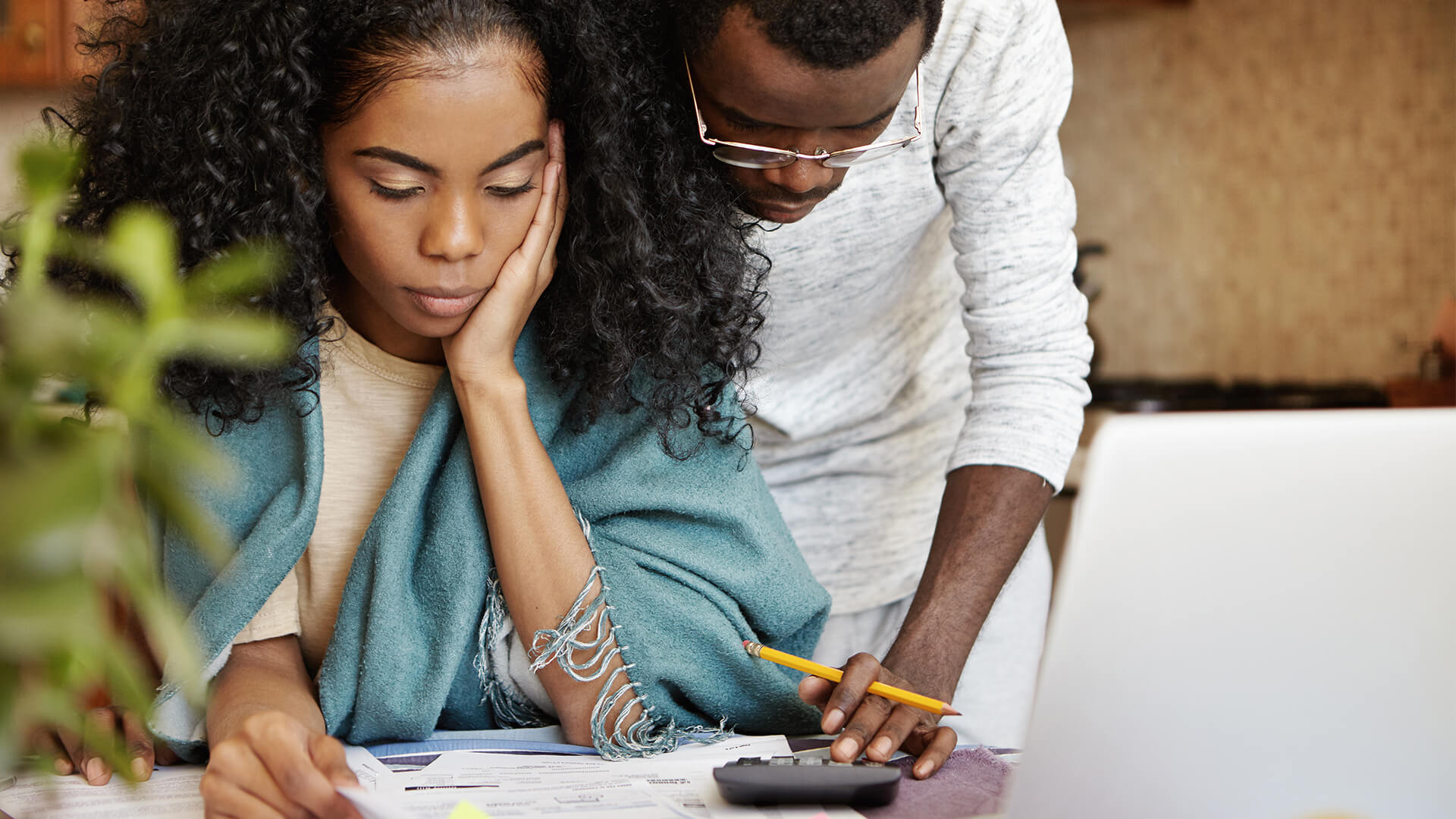 Research by KIS Finance has revealed that as a direct result of the rising cost of living, 57% of people in the UK are either already struggling financially, or expect to do so in the very near future.

With no solution to the war in Ukraine in sight, the situation is set to get much worse, as the economic impact of the crisis starts to hit home here in the UK.
Against a backdrop of rising inflation, which is already at its highest level in almost 30 years, and increasing food and energy costs, the situation in Russia and Ukraine will add further upward pressure on prices in the UK.

With some experts now predicting that inflation may reach as high as 8.3% in April (far higher than the 7.25% predicted by the Bank of England back in February), the average UK household is facing a very challenging time.

•27% are already struggling financially as direct result of the rising cost of living.

•30% anticipate financial problems in the very near future as the impact of rising prices bites.

•36% of over 55’s are worried that the financial pinch will hit them shortly as prices continue to rise.

•The South East is the area most affected to date, with 30% already struggling financially.

Over a quarter of people are already struggling financially

As the impact of rising inflation starts to really bite, over a quarter of those surveyed report struggling to make ends meet. With real wages in the UK predicted to be lower by 2026 than they were in 2008, this worrying trend looks set to remain for some time.

The Resolution Foundation has forecast that current inflation will mean that the typical UK household income will fall by around £1000 a year in real terms. That’s a fall on a scale that we’ve not seen since the 1970s and one that will lead to many more people struggling to make ends meet.

Research by KIS has found that only 30% of people report a rise in pay since before the pandemic, whilst 70% have seen their wages either stagnate or fall. Against this backdrop, the effect of high inflation rates, alongside the growing impact of the crisis in Ukraine, are set to have devastating results for many households.

Cost of everyday essentials are soaring

As a direct impact of the conflict in Ukraine, oil prices are continuing to rise at an unprecedented rate. Costs were already soaring before the conflict, but now oil prices are at their highest level in 14 years and the price of gas has doubled. In the UK it’s predicted that this could mean that the average household fuel bill is likely to be in the region of £3000 per year. Something that could push many families’ budgets to breaking point.

Whilst the UK only gets 6% of its oil and 5% of its gas from Russia, the impact on the global market and particularly Europe, which relies far more heavily on Russian fuel, will have a knock on effect on prices here in the UK.

Petrol prices have soared in the UK since the invasion of Ukraine, with unleaded prices increasing by 3.5% and diesel prices by 4% in just 2 weeks. With prices continuing to rise things look set to get even more desperate for UK households.

Families are also facing hikes in food prices, as the impact of events in Ukraine hit global food supply chains. Whilst we don’t directly import many foodstuffs from Russia, shortages elsewhere may impact on other countries’ ability to export food items to the UK.

In addiation, large quantities of fertiliser are imported into the UK from Russia and rising costs will certainly have an impact on the cost of farming here at home. As the world’s biggest exporter of synthetic fertiliser, Russia in responsible for more than a fifth of the supply of urea, which is a key fertiliser used in the UK. Increases like this in production costs will certainly further impact on food prices here at home.

We’re also likely to see price increases across a range of items which rely on the supply of various metals as a key component. With Russia as a leading supplier of metals across the globe, the impact of shortages will hit numerous industries, from canned foods to car production. Some car manufactures have already suspended production in Russia. With Toyota and Volkswagen operating large scale manufacturing hubs there, the impact is likely to be felt in the lack of availability of new cars back here in the UK.

A third fear that the worst is still to come

In our survey, nearly a third of people reported genuine concern that rising prices and the increasing cost of living would have a negative impact on their lives in the very near future. Whilst some have been able to make use of savings built up over lock down to help meet increasing costs, this temporary buffer won’t last for long and the impact of a permanently higher cost of living is a real worry for many.

As energy prices soar, pushing up both the direct cost for heating and powering our homes, and the indirect cost of other goods and services, the impact on household budgets is one that few can ignore.

Over 35% of those aged 18 to 24 are reporting that they are already struggling to get by financially. Research by the think tank Demos, has found that young people are currently the hardest hit and face the ‘greatest uphill battle’ to make ends meet. With potentially higher levels of debt and lower incomes, it’s this generation that may find it the hardest to take on additional expenses as costs rise.

As their expenditure increases on day to day living, their ability to save is likely to be hard hit. For many this will mean that the dream of saving a deposit to get onto the property ladder will now be even less of a reality than before.

As many of those aged 18 to 24 struggle to make ends meet, nearly a quarter have had to take an additional job to get by. Whilst people may choose to have a second job to supplement their income, many young people are now finding that they have no alternative if they are to manage financially.

When asked why they took on an additional role, some responded that they were worried about job security and took on other jobs in case their primary role was at risk in the future. Whilst this may boost their finances in the short term, the additional pressure of longer hours and juggling multiple jobs may well take its toll on the well-being of those that find themselves in this situation.

Whilst younger people are already feeling the impact of the rising cost of living, those aged over 55 are the most worried about the impact on their finances in the coming months and anticipate finding themselves in difficulties soon. Whilst they may have higher levels of savings, anyone who is thinking about retirement in the next few years may now be reconsidering whether they can afford to do so.

30% of those in the South East report already being in financial difficulties as a direct result of rising costs. Whilst average wages may be higher, increases in living costs are being acutely felt by those living there. As interest rates now rise, those with large mortgages will feel the pinch even more as monthly repayments increase alongside other rising costs.

Holly Andrews, MD at KIS Finance comments on the findings:

“Many households have already been struggling over recent months as they have seen their real wages fall as inflation rises. As the impact of the events in Ukraine start to hit our economy, we know that even more people will be facing difficult times making ends meet.

The interest rate rise to 0.5% in February has already impacted on the housing market, with banks and building societies withdrawing over 500 mortgage products from the market in March. In fact we are now seeing the highest average rates in 7 years for a 2 year fixed mortgage. The Bank of England’s decision to increase interest rates has been in response to increasing inflation, but with the current global uncertainty and related price increases, we may be facing a further rise from the next review later this month.

With the cost of borrowing increasing alongside the rising cost of living, those saving for a deposit will find this even more challenging. Similarly those applying for a mortgage may find it more difficult to meet income requirements, as disposable income is hit by the rising cost of essentials.

As everyday costs rise finding ways to save money is becoming even more important. Set out below are some of our top tips for saving money on petrol costs”.