The COVID-19 pandemic has been financially challenging for tens of millions of Brits, but none more so than for the UK Government who has borrowed billions so far to fight the Coronavirus and keep the economy afloat.

Just like businesses, governments have balance sheets and competing priorities for their money. And a new study by investing platform Stockopedia.com, comparing national debt across the globe during the pandemic, has found the UK is among the worst in the world for its rising debt levels. 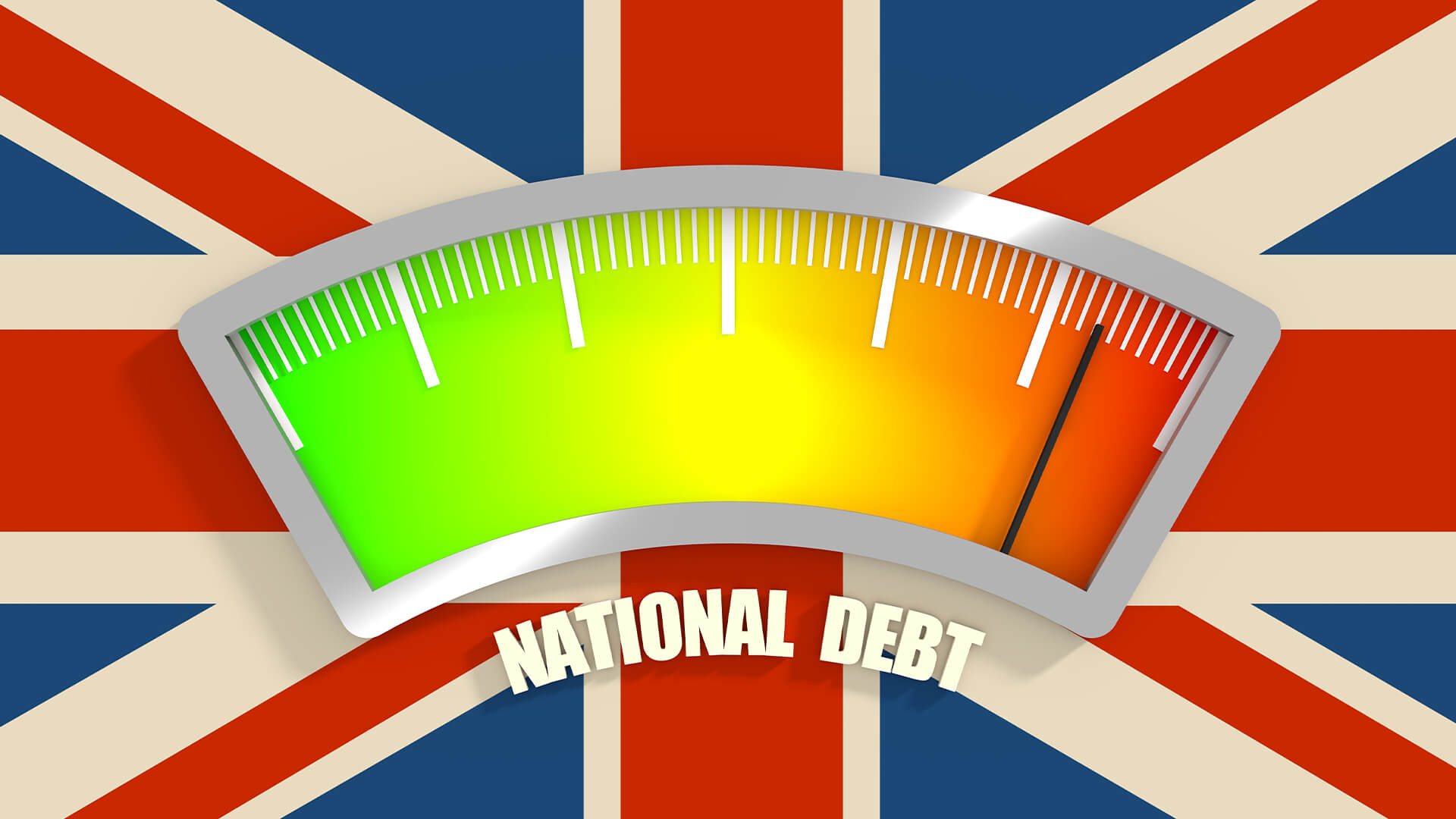 The COVID-19 pandemic has been financially challenging for tens of millions of Brits, but none more so than for the UK Government who has borrowed billions so far to fight the Coronavirus and keep the economy afloat.

Just like businesses, governments have balance sheets and competing priorities for their money. And a new study by investing platform Stockopedia.com, comparing national debt across the globe during the pandemic, has found the UK is among the worst in the world for its rising debt levels.

According to the study, the UK’s net national debt was £2.02 trillion in the final months of 2020. To put this into perspective, that’s £30,042.05 for every person living in the UK (67.3 million of them) and ranks the UK in 7th place globally for the most debt per person.

Net debt takes into account a country’s financial assets like gold, currency and deposits, debt securities, insurance and pensions to give a truer figure of what’s owed. Of course, this isn’t debt that the public has to pay back; rather, it’s a reflection of the financial hole in the UK economy that will affect everyone in one way or another.

In order to start getting its finances under control, the UK Government announced a public sector pay freeze in November, despite this workforce playing a frontline role during the pandemic. This will affect the income of 5.5 million people, although NHS staff are exempt.

It’s also expected that the Chancellor will increase income tax, National Insurance contributions and VAT in the coming months to raise what could be an extra £19bn of revenue a year, further squeezing the finances of tens of millions but helping to pay off some of its debt.

This means the UK is set to become the 5th worst country globally for its amount of national debt per person, overtaking Italy and Ireland.

The UK isn’t the only country globally facing spiralling national debt. The study reveals Japan is in the most debt, with its economy hit hard by the global recession in 2008/9, as well as the catastrophic earthquake and tsunami in 2011, and subsequently the COVID-19 pandemic.

Calculated proportionate to its population, Japan’s net national debt of over 932 trillion Yen (roughly £6.5 trillion) accounts for a staggering £52,758 per person.

At the other end of the rankings, there are only four countries who are debt-free: Lesotho, Kazakhstan, Luxembourg and Norway. While it’s true they all have varying amounts of gross debt, this is completely offset by their valuable financial assets.

You can explore the full data from the study here.

Ben Hobson, Markets Editor at Stockopedia.com commented on the findings:

“National debt is a reality of the modern world. But few could imagine the impact the COVID-19 pandemic would have on major world economies, as well as smaller nations.

“While it can be difficult to predict how the situation will change in the coming year, what’s certain is that there’s a long road ahead for financial recovery, as highlighted by the IMF projects up to 2025. What’s clear is that we’re likely to see the situation become worse before it gets better.”