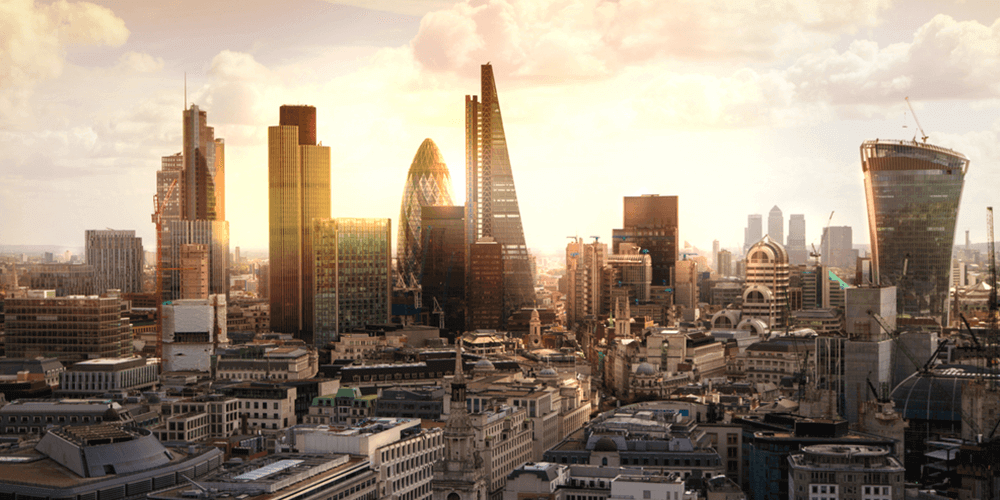 Fast forward to 2015, however, and there are 26 challengers applying for banking licences in a bid to transform a staid landscape dominated by the “Big Four” – Barclays, Lloyds Banking Group, HSBC and Royal Bank of Scotland – which control 77 per cent of the current account market and 85 per cent of small business banking. Fidor, the German community-based bank, which crowd-sources ideas for financial products, became the latest UK entrant when it launched in September.

Not all these challengers will make it to the start line – just eight banking licences were granted by regulators between 2010 and 2015 and a mere 20 have been granted in the last 40 years. However, in the last 18 months, five challengers have listed on the London Stock Exchange, raising more than £350m of new capital.

Chancellor George Osborne says he wants to see at least 15 licences approved during the lifetime of this Parliament. The Competition and Markets Authority is currently investigating the banking sector and its study of the current account and small business banking markets could lead to a shake-up, loosening the stranglehold of the UK’s banking giants.

However, the flip side is the Chancellor’s 8% corporation tax surcharge on bank profits and parallel scaling back of the bank levy, which was announced in July’s Budget and is due to take effect in 2016. Challenger banks are lobbying fiercely against the move, claiming it will make it harder to take on their bigger rivals.

So, how realistic is the challenge from the new generation of challengers? Can they succeed where their predecessors have failed? Are they worth backing?

I have an unusual perspective on this. I live in London, where my private equity business C & C Alpha Group is headquartered, but sit on the board of two American banks, Atlantic Coast Bank and Customers Bank. It has always surprised me that the UK market has been so resistant to change.
Customers Bank has enjoyed six years of stellar growth; back in 2009, it had assets of $250m; four years later, it was welcomed on to the NASDAQ stock market; today, it’s quoted on the New York Stock Exchange and has assets of $7.1bn.

How have we successfully disrupted the market? Technology is the answer. After ten months of testing we launched an entirely new brand this year, Bank Mobile, a virtual bank targeted at millenials.

It takes just five minutes to open an account – you simply photograph your ID – there are no fees and the Bank Mobile app, powered by Malauzai software, contains a number of innovations designed to make customers’ lives easier. To pay a bill, you can just photograph it; you can turn your debit card on and off for security reasons, and when you make a direct deposit you get free access to our financial advisors. We have already created an app for the Apple Watch.

We encourage our customers to drive innovation. “Build your own bank”, we call it. Our aim is to rewrite the banking business model by simplifying the mobile experience; we think of ourselves not as a bank but as a tech company with a banking charter. We want to be the Uber of banking. “We are getting back to be a bank people can love,” is the way our CEO Jay Sidhu puts it.

We are targeting recent college graduates, a generation which expects a straightforward, convenient customer experience. We aim to sign up 250,000 in five years.

The UK’s banking sector is still dominated by legacy institutions with creaking infrastructure designed for a pre-electronic age. Earlier this year, RBS suffered its latest IT meltdown when 600,000 customer payments and direct debits disappeared, with all the chaos that entailed.

In the twenty-first century, customers do not expect to be told it will take three days to put that right. But archaic technology systems mean this won’t be the last IT disaster to inflict the industry.

Many of the UK’s challenger banks are promising digital-only propositions. Anne Boden, chief executive of Starling Bank, which is seeking to launch in 2016, has been in the industry for more than 30 years – most recently as Chief Operating Officer at Allied Irish Bank – and she is specifically targeting the current account market. A computer science graduate, she is promising to create a banking app aimed at customers aged 20 to 40 who will be given a unique personalised insight into their finances – how much they are spending on clothes every month, for example – and an experience every bit as efficient as that delivered by Apple or Amazon.

Rivals, such as Mondo – whose founders defected from Starling – and Open Bank, the brainchild of Ricky Knox, co-founder of money transfer service Azimo, are also promising digital-only propositions. Atom, which has already received a licence and will launch next year, will be primarily digital, using the Post Office to deliver physical services.

They have all received substantial backing. Atom, which is raising tens of millions, has attracted star investor Neil Woodford. Among Mondo’s supporters is Eileen Burbridge, of Passion Capital, the queen of the fin tech investment sector. Open Bank raised £10m in its initial funding round and has a target of £100m. Starling is announcing a second round of funding.
Not all will get regulatory approval, let alone succeed if they do. But the experience of recent entrants is broadly positive. In 2014, the challenger bank sector as a whole achieved an average return on equity of 3.8% compared to 2.8% amongst the five biggest banks.

Warren Mead, head of challenger banking at KPMG, expects challengers to outperform the market in terms of pure financial results. He cites their lack of legacy as an advantage, enabling them to build a distinctive brand identity. Delivering simplicity, transparency and a niche offering are the keys to success.

Lending to small and medium-sized enterprises is a £160bn market, but certain areas are under-served. In some of the sectors where C & C Alpha Group has a wealth of experience – such as healthcare, real estate and agriculture – smaller businesses have specific needs which are not always addressed.

By contrast, in the US, smaller banks are encouraged to commit to small businesses, which are the backbone of the US economy – more than 50% of Americans either own or work for a small company.

I have met American businessman Vernon Hill and discussed his dreams and aspirations for Metro Bank. It has 36 branches and aims eventually to grow to 200, but its customer base of 360,000 pales in comparison with Barclays’ 16.7 million. That indicates the scale of the challenge.

Customers in the UK remain staunchly conservative; even after the introduction of new rules in 2013, allowing customers to change banks within seven days, take-up has been slow, with 1.2m customers using the service last year.

But there is no doubt a banking revolution is under way and establishing a high street presence is no longer a necessary route to success. The number of customers going into branches has fallen by 30% in three years. Customers will use mobile devices to check their current accounts 895 million times in 2015 while there will be just 705 million interactions with their bank branches. They will move £32.9 billion a week using banking apps.

The message I can deliver from my experience in the United States is not simply that the future of banking is mobile. The future is already here. Challenger banks, which are daring, disruptive and digital can transform our banking landscape but only if they put innovation at the heart of their story.

See Our Awards
Other Articles You Might Like
See All Articles
READ MORE
Articles15th January 2014The Patent Box: Unfair Competition?

Businesses are under immense pressure to produce innovative new products to keep up with the competition. The UK’s Patent Box tax incentive was developed as a spur to industry to develop and patent new products and encourage innovation. But now this generous

ICAEW advises taxpayers to check which changes could make a difference to their personal finances and to get expert advice if unsure.Pensions will be an important area for change, and most taxpayers will see an increase in their pay packet as the personal allo

Having recently bid on four out of five PF2 batches across the UK, SpaceZero secured contracts with two schemes – one in the North East region, and another in the North West. Out of the country’s 45 PSBP PF2 schools, SpaceZero has bid on, completed work wi

Weir Oil & Gas and the Rolls-Royce Power Systems company MTU announced they have signed an agreement to develop power systems specifically engineered for hydraulic fracturing. Weir is the leading manufacturer of hydraulic fracturing pumps, and MTU is a mar

READ MORE
Articles2nd February 2015Gilts at 1.4%- Where Do Investors Go for Income?

If that doesn't sound particularly appealing, and you believe the Bank of England will hit its 2% inflation target over the next 10 years (don't laugh), the money the government returns to you will be worth less than when you gave it to them.If you want to get

Congratulations on Absolute Value Capital Management being named Hedge Fund Manager of the Year – 2015Thank you.The U.S. stock market was down a bit last year. Bonds aren’t yielding much these days. How does one achieve triple digit returns in su

Following the recent sell-off in emerging markets, there is a view developing that now is the time to invest. The numbers certainly on the face of it look compelling: the MSCI Emerging Markets Index is trading at 1.5 times price-to-book value and poor sentimen